Archives For The Kennedy’s

JFK: His ambition and legacy

Kennedy Cousin Michael Skakel To Be Released From Prison On $1.2 Million Bail

STAMFORD, Conn. (AP) — Kennedy cousin Michael Skakel has been granted bail while prosecutors in Connecticut appeal a ruling that gives him a new trial in the 1975 slaying of neighbor Martha Moxley.

Skakel was granted $1.2 million bail Thursday after a bond hearing in Stamford Superior Court and was expected to be released shortly after. He had been serving 20 years to life.

Martha Moxley. (Pool Photo/Getty Images)
A judge ruled last month that Skakel’s attorney failed to adequately represent him in 2002 when he was convicted in Moxley’s golf club bludgeoning in wealthy Greenwich when they were 15.

Robert Kennedy Jr. had said as the release was pending that he feels “pure joy” and has said his cousin is innocent.

Moxley’s mother has said she remains convinced Skakel is guilty.

Read all the details here http://www.jfklibrary.org/JFK/JFK-in-History/November-22-1963-Death-of-the-President.aspx

Condolence letters documentary to be screened in Boston 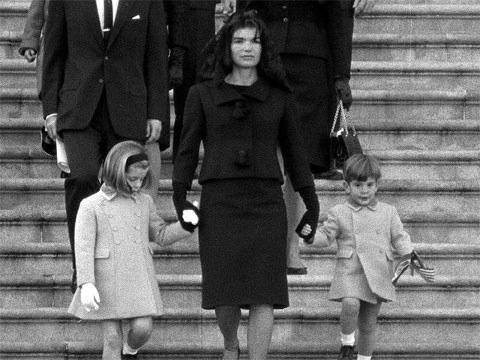