Section of Congress Street shut down

US Capitol On Lockdown due to Suspicious Packages 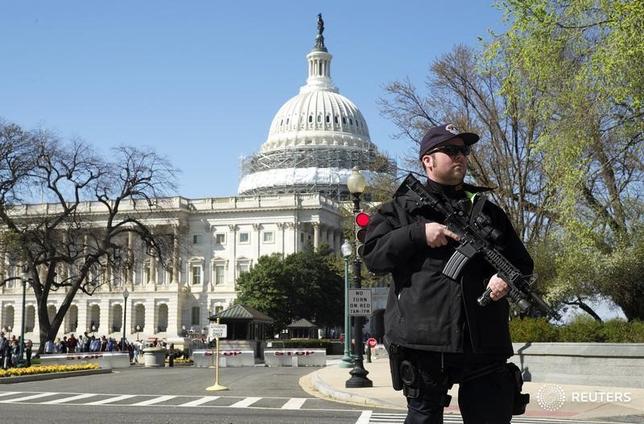 One package had the word ‘napalm’ on it

Is this real? Or is it just another attempt to put Bostonians in fear?

Massachusetts State Police investigated a suspicious package at Logan Airport Sunday night and evacuated one of the airport’s main terminals.

State Police “responded to a report of a suspicious package in the lower roadway at Terminal C (near Jet Blue),” said Massport spokesman Richard Walsh.

The report of a suspicious package came in around 8:30 p.m. A bomb-detection robot could be seen in photos posted to Twitter and State Police confirmed its explosive ordnance detection unit responded.

State Police shut down traffic through Terminal C and told passengers and workers to move to Terminals E and B.

“They told us we had to close and we had to be evacuated,” said a worker at a coffee shop inside the terminal.

“I was like, ‘Well, I work at Dunkin Donuts'” said another worker. “He said, ‘You’re not right now. We’re evacuating the terminal.'”

State Police issued an all clear just before 10 p.m., but did not immediately say what was in the package.