Tall ships, from right, Cisne Branco, from Brazil, Guayas, from Ecuador and Gloria, from Colombia, are seen docked at the Fish Pier in Boston, 2012.

2. Deck your iPhone out in retro Apple rainbows and air vents

4. Children of Argentina’s ‘Disappeared’ Reclaim Past, With Help

8. Turn Your iPhone Into a Crappy 1985 Camcorder With This App

9. 30 Years Ago: Yes Release the Tantalizingly Incomplete ‘9012 Live: The Solos’

10. 40 years ago, the ‘Witch of November’ sank the Edmund Fitzgerald

11. Remembering the victims of the Winn Dixie firebombing 30 years ago

13. Couple Discovers They Were Preschool Sweethearts 30 Years Ago 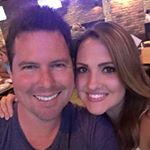 Project could cost up to $15 million

Constitution to set sail for last time for 3 years

The 10 Freakiest Coincidences in History!

A family stranded in the middle of the ocean has boarded a Navy frigate tasked with saving them and a sick baby. NBC 7’s Diana Guevara has the latest updates.

A San Diego family and their seriously ill baby, who were stuck on a sailboat  hundreds of miles off the Mexico coast, have boarded a Navy rescue ship Sunday morning, the U.S. Coast Guard said.

USS Vandegrift arrived near the sailboat at 1 a.m. and waited until first light to rescue the family.

Around 8 a.m., sailors used an inflatable boat to bring the infant, family and four California Air National Guard pararescumen aboard the Vandergrift.

Two weeks ago, Eric and Charlotte Kaufman, along with their 1-year-old and 3-year-old daughters, set sail on an around-the-world journey.

But Thursday, they set out a satellite distress call, saying the youngest girl had become violently sick. On top of that, their boat had lost its steering and communication abilities.

In a large coordinated effort, the California Air National Guard’s 129th Rescue Wing worked with the Navy to send four pararescuemen, who jumped from a plane into the ocean and climbed aboard the Rebel Heart to treat the girl.

By Saturday, they said the baby’s condition had stabilized while they waited for further transportation from the Vandergrift.

USS Vandergrift stayed about five miles from the boat through Saturday night as its crew planned how to get the family off the boat.

“The bottom line is the safety and security of not only the family members that are on board, but also of all the personnel that are involved to save the infant. That is paramount,” said 2nd Lt. Roderick Bersamina with the 129th Rescue Wing.

The family reportedly was given one trip to get their things off the boat – as much as they can carry — before they left it behind in the ocean.

They did not sink the Rebel Heart; instead, they tagged it and let it float along.

The Kaufmans should return to San Diego on Monday, English said. They requested to stay at a Navy base hotel and then travel to New Mexico, where English lives.

Because the family will have to abandon most of their possessions, English is working with friends in San Diego to collect donations to give the Kaufmans when they arrive.

It’s unclear what caused the baby to fall ill. English told NBC 7 that she had diarrhea, fevers, and a large rash and had been vomiting.

In a post on her blog, Charlotte had said on March 11 that both she and her 1-year-old daughter had tested positive for salmonella.

Officials have not announced where they are taking the baby to be treated.