Archbishop Desmond Tutu at a Nelson Mandela exhibit in 2013

Do You Know What Passover Is?

What Is Passover 2016? Everything To Know About Jewish Holiday Celebrating Freedom From Slavery

Historic church being relocated to make way for Springfield casino

272 Slaves Were Sold to Save Georgetown. What Does It Owe Their Descendants?

In 1838, the Jesuit priests who ran the country’s top Catholic university needed money to keep it alive. Now comes the task of making amends. 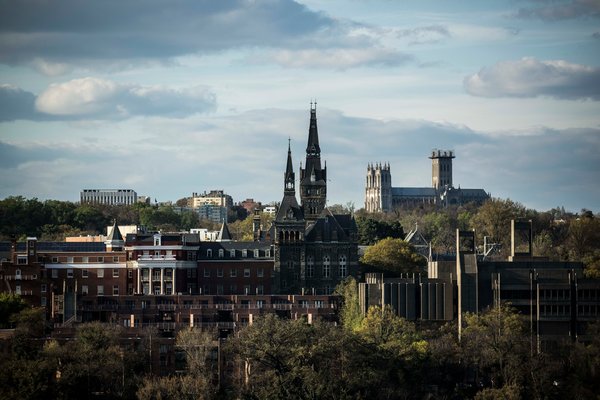 No change made to church doctrine

Photo by Marc Dadigan
After gathering at the California State Capitol February 27, more than 100 walkers including Native supporters representing several tribes and allies marched through the streets of Sacramento to honor the one year anniversary of the San Carlos Apache’s occupation of the sacred lands at the Oak Flat campground. Under the terms of a deal approved by the U.S. government in December, Phoenix-based Resolution Copper will take control of 2,400 copper-rich acres in and around Oak Flat. In return, the company will transfer about 5,400 acres of privately owned parcels of conservation land throughout Arizona to the U.S. Forest Service.

Carlos Osorio/AP
The Democrats engaged policy on a level that risked putting the audience to sleep after the Republicans had their audience yelling and hooting and rolling in the aisles.

4. This Land Was Made for Decolonized Love

When it comes to Indian Housing Block Grants the federal government doesn’t know what the tribes will do with the money as it’s up to the tribes.

Pope Pope Francis: On Donald Trump “is not Christian”

Pope Francis wasn’t willing to advise Catholics on whether to vote for Donald Trump, but on the subject of his religious life, the pontiff suggested Trump is “not Christian,” if some of the things he’s said on immigration are true