Donald Trump’s Massachusetts campaign headquarters was vandalized with vulgar graffiti. Offensive images have been blurred out.

No. 6 displayed outside Fenway Park 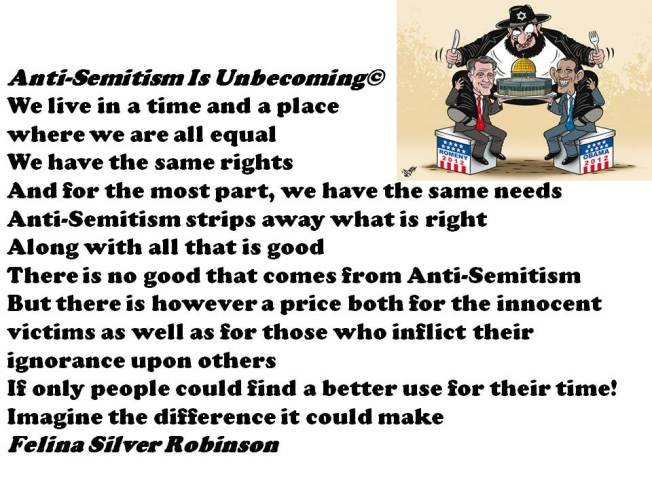 AMHERST, Mass. — A black math teacher at Amherst Regional High School has again been the subject of racist graffiti.

The Daily Hampshire Gazette reports that graffiti intended for Carolyn Gardner was on a wall in the boy’s bathroom at school.

Sonji Johnson-Anderson, who says she is Gardner’s sister, says they are hurt and bewildered. She says the community should pressure school administrators to end the graffiti.

An anonymous tip line has been set up on the high school’s website.

Racist graffiti was left in a bathroom in October and on Gardner’s classroom door.

On March 24, a racial slur intended for Gardner was left in a girls’ bathroom.

Principal Mark Jackson says an individual was found responsible for one of the incidents and punished.

Anti-Semitic incidents on the rise in Bedford schools

BEDFORD, Mass. — A string of anti-Semitic incidents reported at some Bedford schools is forcing schools officials to take action with police, clergy and town officials, according to the Boston Globe.

The Globe reported Thursday that three reported anti-Semitic incidents have been reported in schools this year, including one incident in an elementary school where a student said she was told that since she’s Jewish, her country would be destroyed, and another child was allegedly told she couldn’t have a cracker because Jews don’t believe in Jesus Christ.

“The Bedford Police Department, in partnership with Bedford public Schools, is committed to ending and preventing any further acts of anti-Semitism in our community,”  said in a statement.

The first reported anti-Semitic incident was reported at the high school last fall when “Kill the Jews” and swastikas were spray painted on the walls, the Globe reported.

“”While there have been, at this time, no additional reports of hateful graffiti since last fall and no reports of violence, the Bedford Police Department nonetheless takes any allegations of hate or discrimination seriously, and will investigate any such reports,” Bongiorno said.

A community forum has been scheduled in Bedford on March 20 to address the recent anti-Semitic incidents, the Globe reported.

MIDDLEBOROUGH, Mass. —Police in Middleborough are investigating after swastikas and obscenities were spray-painted on at least four homes and nine cars in one neighborhood over the weekend.

The vandalism was discovered Saturday morning by an officer on patrol.

Lt. Robert D. Ferreira Jr. said the graffiti appears to be random and not aimed at specific people or families, and it does not appear as if the swastikas were aimed at Jewish families.

There was no word on any suspects or arrests.

Sharon Sherman tells The Enterprise her home and car were vandalized. She attributed the graffiti to kids “just being stupid.”

Most of residents hit cleaned up the graffiti on their own.

PITTSFIELD, Mass. — Pittsfield police are investigating whether a hate crime occurred when someone spray-painted swastikas and other graffiti on a city family’s home.

Richard Rodriguez says two swastikas, what appeared to be gallows and other offensive symbols were drawn on visible sections of his vinyl-sided residence overnight on Feb. 2.

Rodriguez, who tells The Berkshire Eagle he’s of Puerto Rican descent, has since painted over the graffiti.

He believes his home was targeted.

Although he has lived in Pittsfield for 14 years and never had a problem, he’s lived in his current home with his 12-year-old son just a few months.

He has beefed up security at the home, installing motion-sensing, outdoor floodlights.

LUNENBURG, Mass. — There is not enough evidence to file criminal charges against the prime suspect in a racial graffiti case in Lunenburg, Worcester County District Attorney Joseph D. Early Jr. announced Wednesday, prompting outrage from some in the town.

Investigators identified alleged victim’s mother, Andrea Brazier, as the primary suspect in painting racial slurs on her home, which were blamed on the school football team by the family.

“We have notified the Lunenburg Police Department that the evidence presented to us fails to demonstrate beyond a reasonable doubt that a crime has been committed by a particular person,” Early said.

Lunenburg police were called to the family’s home on Nov. 15 after a racial slur was found painted on the back of their home. At the time, Brazier said it was directed at her son, Isaac Phillips, because is an African-American.

The family initially accused the Lunenburg High School football team, which Phillips played for, of painting the slur.

In the weeks that followed, hundreds rallied around the family and Gov. Deval Patrick offered his personal support.

The football team was eventually cleared of any wrongdoing.

“I’m beyond angry,” said Les Szabady whose son Danny is captain of the football team. “Here’s what I don’t understand: the district attorney says we don’t know how to charge this. Well, you started as a hate crime, finish it as a hate crime. What better example of hate than doing something this horrible and blaming it on kids.”

Phillips has since left the Lunenburg school system and attending school in Leominister.

“What really makes us mad is that to this day we still don’t have an apology to the kids, their families or their coaches from the school or the town,” said Szbady.

Investigators are looking closely at the mother of a Lunenburg teen whose home had racist graffiti sprayed on it last month, according to court documents.

LUNENBURG, Mass. —Investigators are looking closely at the mother of a Lunenburg teen whose home had racist graffiti sprayed on it last month, according to court documents.

According to the search warrant, Isaac Phillip’s mother, Andrea Brazier, replied “OK” when an FBI agent said she was the one who spray painted graffiti on the house.

The documents also claim Brazier made false statements and then asked them to stop the investigation.

Police took a bag of evidence out of the home where “Knights Don’t Need (N-Words)” was spray-painted on the family’s home. Phillips, who’s biracial, plays football for the Lunenburg Blue Knights.

According to the search warrant, two cans of spray paint and ammunition were found in home.

“You’re not going to get anything from me besides no comment. I already said everything I had to say,” the teen’s father, Antony Phillips, said.

The family posted a “No Trespassing” sign on their property, and the once-outspoken Phillips aren’t talking anymore.

From the start, they blamed hateful spray paint on their 13-year old son’s football team. They said he was hazed because he is bi-racial.

The town held a vigil, and the district canceled all future football games. Investigators have since cleared the team, saying they weren’t involved.

“I think it’s kind of gross what they did and how they stood back and watched us all take the blame. It wasn’t anyone on the football team, and everyone’s affected by it,” football player Gregg McGrath said.

When police showed up on the Phillips’ doorstep with a search warrant Tuesday, members of the football team, along with others in the community, stood outside to watch.

Police won’t say what they were looking for in the home, only that they are in the midst of the investigation and determined to bring it to a close.

Officials spent an hour inside the home Tuesday.