Opinion: How We Raise Our Children – Then and Now

Raising children just isn’t as easy as it used to be! by Felina Silver Robinson

Like peas in a pod our children are unearthed and birthed into this unknowing world. Given a clean slate of what lies ahead. The world will become their oyster. Our role as their parents is to guide them safely through life until we can sem them out into the world on their own. In doing so, we have to teach them morals. The lessons parents learn are usually a start to how they choose to raise their own children. Quite often the choice ends up being that the opposite is done in rearing their own children. Times have changed in so many ways. There do remain places that you can leave your door unlocked, and your car keys in the ignition and know that they’ll be there when you return. Those places however are few and far between today.

It’s hard in today’s society with the rules now placed upon parents. Many come from a time when just the right twig could be torn from just the right tree and placed upon the back or the buttocks of the misbehaving child. That was replaced with slaps to a bare bottom with a strong upper hand. During the school day, students were punished by sitting in plain view of their classmates with a dunce cap upon their head or they were slapped across their hand with a ruler a designated number of times based on their punishment.

Today, children threaten their parents with a call to department of children and families or to the police should they even think of raising a hand to them. The law now deems it illegal in some states to spank your child. Leaving some parents to be parented by their own children. This is not to say that violence is the answer in any case. If you ask me, people have been conditioned to believe that being physical with an individual whether for good or bad, gets the most desirable response in the end. However, most often, situations get out of control and all you’re left with is anger and unresolved issues. Quite often, affected individuals end up being even more violent than they initially were.

Which brings me back to how difficult it now is to raise the children of today. It feels like  children have the upper hand. Today, children talk back and tell their parents that they “have a voice”, “they’re old enough to do what they want without our permission. “I don’t have to listen to you”. At any given moment they will turn on their heels and walk either into their bedroom slamming the door then putting on their headphones to block out their parents; or they walk out the front door feeling powerful enough not to turn back or check in. Now defiance rules.

Not all is lost. There still remains a large number of very mild mannered children that are introverts and don’t like noise. Thus making them somewhat more submissive and easier to control, meaning that they are more likely to accept whatever is asked of them.

Parents must decide how they can win back the respect that shouldn’t have been lost in the first place. Parents should never feel powerless. They must know that here is always a better answer than violence. The best thing we can do for our children is to always listen to what children have to say and make them feel like they are a part of both the discussion and the resolution, which should include their punishments. Talking through actions can help individuals see where they went wrong with the hope that they will realize that their is always a better or different way to get what one wants or needs. This is most definitely attainable without hurting others. Time as well as careful thought and consideration of all involved brings amazing results.

The One Word That Can Kill a Friendship 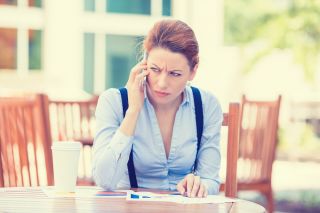