3. Choosing a Past for the Future: Why today’s environment policy is also history – Dr Paul Warde

New technologies will make it easier to manipulate animal genomes, but food products from genetically engineered animals face a long road to market.

6. Arlington cracks down on carwash fundraisers

7. Debate continues over how much race cars pollute environment

Washington has much tougher rules against manure violators than B.C. 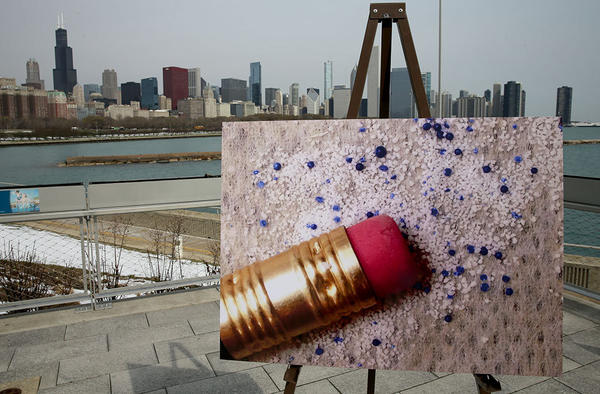 A remote wetland near Itasca State Park, already undercut by three crude oil pipelines, is one of several fragile, isolated habitats along the proposed path of the 610-mile Sandpiper crude oil pipeline across northern Minnesota.

Election 2014: Does climate change stand a chance against the oil boom?

Record-breaking domestic oil production is likely to swamp any effort to inject climate concerns into 2014 mid-term elections – and could even cost Democrats the Senate.

By Greg Harman
The Daily Climate

The campaign ad promised a “new era of economic opportunity.” And the staunchly conservative gubernatorial candidate used the setting to make his message clear: Abbott is the one to protect Texas’ record-breaking oil boom that suddenly has the state producing more oil than Iran.

As fall election season gets underway, the situation is much the same across the nation: Job creation and oil development is becoming the mainstay of campaigns.

Left-leaning activists hoping to turn this year’s mid-term elections into a referendum on climate policy, fracking and the Keystone XL pipeline are likely to be disappointed come November, analysts warn. They might find that the country’s oil and gas boom not only upends debate – it could flip the Senate into Republican hands.

From Louisiana to West Virginia to Montana and Alaska, Democrats risk losing the six seats they need to retain control of half of the Legislative branch.

Billionaire activist and former hedge fund manager Tom Steyer has vowed to bring a focus on climate change in races across the nation this fall, hoping to build off his success making climate and science an issue in last fall’s Virginia governor’s race.

But climate activists will run into a wall of energy money built from an oil and gas production boom that has spread jobs and royalty payments across the country.

These days, more and more people are putting food on their tables with oil money.
– Tom “Smitty” Smith, Public Citizen

Analysts say that money could doom any effort asking voters to link weird weather, drought, floods or even the environmental impacts of the Keystone pipeline to climate change in this election.

“There’s an old saying in Texas politics,” said Tom “Smitty” Smith, director of Public Citizen’s Texas office. “‘The only thing that will beat money is organized people. These days, however, more and more of those people are putting food on their tables with oil money.”

Texas, a state coping with more than a decade of drought, the worst wildfires on record and crippling heat waves, has never had much of a climate movement. New money feeding Republicans and Democrats alike is slowing efforts to build momentum in Texas, Smith said. And it’s changing the political calculus in several key states where Senate seats are most vulnerable to Republican gains.

Big money is gearing up to steer the message.

On the other side, Steyer spent $8 million of his own money to keep then-attorney general Ken Cuccinelli from Virginia’s governor’s seat last year. Steyer’s campaign focused unrelentingly on Cuccinelli’s attacks on global warming and climate change science.

Steyer hasn’t indicated what races he’ll target this year, though he’s asking visitors to his NextGen Action PAC blog to choose among five candidates – including Landrieu – who support the proposed Keystone XL expansion.

“I plan to back candidates across the country that will take bold action on climate – and to expose those who deny reality and cater to special interests,” Steyer said in an e-mail.

But the squeeze on energy-state Dems is evident.

Alaska’s Democratic Sen. Mark Begich likely faces a tough fight from either Lt. Gov. Mead Treadwell or former Attorney General Daniel Sullivan. Alaska is warming twice as fast as the rest of the nation and is beset with slumping roads and villages as permafrost thaws. But oil – and conservative voters – are the kingmakers there, and Alaska tea partier Joe Miller has promised to make climate science denial a conservative litmus test for Republican contenders seeking Begich’s seat.

In West Virginia, long-serving U.S. Rep. Nick Rahall, a Democrat, was the subject of the most political ad buys during 2013’s off-year, according to Kyle Kondik at the University of Virginia’s Center for Politics. The campaign included two weeks of advertisements by the pro-petroleum nonprofit American Energy Alliance alleging that his support for the federal budget bill was a support for a carbon tax. The 13-termer, one of four Democrats to join Republicans in a 2011 effort to stop the U.S. Environmental Protection Agency from regulating greenhouse gases, is considered unlikely to hold his Republican-leaning district.

Greg Harman is a freelance reporter based in Texas.

The Daily Climate is an independent, foundation-funded news service covering energy, the environment and climate change. Find us on Twitter@TheDailyClimate or email editor Douglas Fischer at dfischer [at] DailyClimate.org

10 March Election 2014: Climate change versus the oil boom. Record-breaking domestic oil production is likely to swamp any effort to inject climate concerns into 2014 mid-term elections – and could even cost Democrats the Senate.

7 March Energy industry to hog the rails, shutting out farmers – report. Western growers trying to get grain to market fear they’ll be shut out as oil and coal companies increasingly turn to rail to transport energy.

3 March Opinion: Thar she blows! The whale oil myth surfaces again. Petroleum didn’t undercut the whale oil industry, and an unfettered free market didn’t create the petroleum industry. To use imaginary history to degrade discussions about energy policy is about as historically irresponsible as it gets.

14 February Warming sends no love to Olympic bidders. All five cities vying to host the 2022 winter games could face some of the warmest weather they’ve ever seen when the Olympics open, according to a Daily Climate analysis. With athletes at the Sochi games complaining about mush, a peek at what climate models are predicting might be prudent when picking host cities in the future.

6 February Opinion: Ham and Cheese on Nye. Debating arch-creationists and climate deniers is a bad thing for science, and maybe even for ‘debate.’

5 February Photo essay: North Dakota’s energized landscape. What does oil independence look like? Those living and working in North Dakota’s booming Bakken oil field are seeing first-hand both pros and cons. Photographer Gary Braasch returned from the region with a slice of that life.

3 February Snowmakers save the day – for now. Artificial snow helped build the ski industry. But can the snowmakers protect their slopes – and insulate the sport – from the vagaries of a warmer world? A Climate At Your Doorstep story.

3 February Snow at any temperature. Need snow even if the weather won’t cooperate? A couple of companies have an answer: Snow guns that can cover a slope in white stuff even if it’s 70ºF.