South Korea unleashed an ear-splitting propaganda barrage across its border with North Korea on Friday in retaliation for its nuclear test, while the United States called on China to end “business as usual” with its ally. 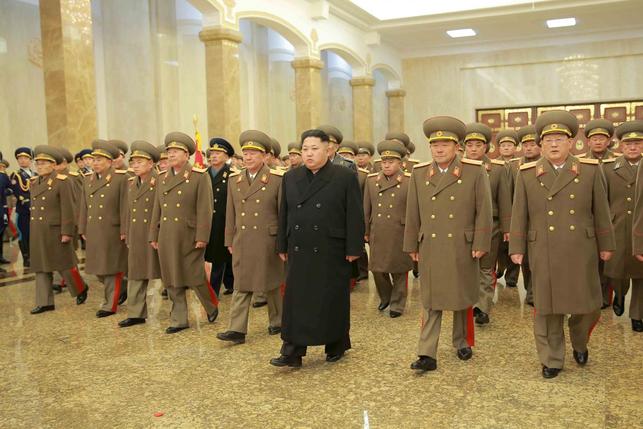 There have been many injustices that have recently occurred, two of which have been on my mind. The first being the idea that North Korea wants to retaliate against all of us over what a movie depicts.  While at the same time I feel that just because we have the right to freedom of speech, does it really make sense to produce a movie that depicts the desire to assassinate a strong adversary? When people make choices that the outcome of innocent victims not involved with the choices they have made, it doesn’t seem fair. We now have threats from North Korea who wants to use nuclear weapons against us in retaliation for someone else’s choices. I enjoy being able to say the things that I want to say and do, but there is still something called common sense and the difference between right and wrong. There are so many things to make movies about that you shouldn’t have to make a movie about plotting to kill another countries president, especially one that we may have been at odds with. Think about how you would feel if that happened to you as an individual for the world to see. I’m in no way justifying any ideas of retaliation. I don’t believe in anyone choosing to react with violence. It make sense for everyone to fully think through all that they do before they make choices that affect the lives of others.

My other concern is the act and idea of revenge killings that make no real sense. While it is obvious that the justice system is not at all perfect. This does not give any person the right to revenge any acts that displease them. These people become even more guilty than the parties that they are retaliating against, because they know full well what their acts are before they occur. That being said, those committing such acts should be ready for all the consequences that come along with those actions.

I just had this conversation with one of my 14-year-old daughters who has been very upset by the police officers that killed the two unarmed people did not face a judge. I too have been deeply upset by this, but I would never act on my feelings by avenging their deaths.

Without violence and in numbers we can all be heard. If we act with intelligence and without ignorance, people in power will eventually listen. If something is important enough, keep pressing on it in a respectful way until your voice is heard and action has taken place to correct the wrong that occurred.  We mostly likely not be completely happy with the outcome of any one situation, I’m however certain that there is a happy medium that will suffice for all.