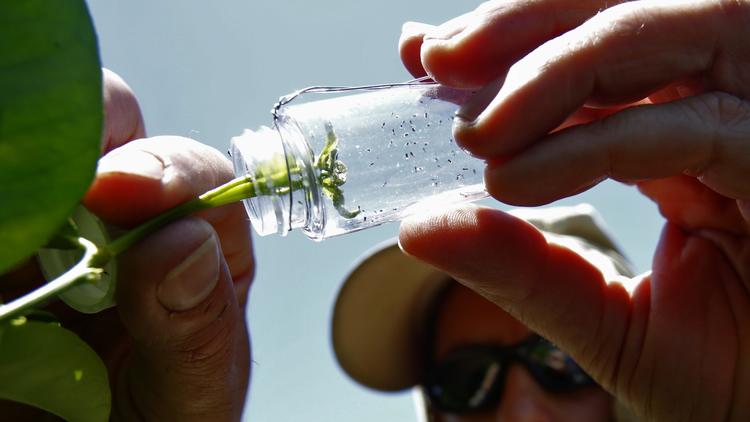 4. From mining to urban sprawl: Humans threaten most Chilean ecosystems

6. Unintended Consequences: Fracking and the Flow of Drugs

The South Texas oil and gas boom has provided new opportunities for smugglers — but also new ways to stop them.

8. Oil giant Citgo gets off easy in criminal case

10. Are pesticides linked to health problems in Argentina?

3. Toxic Plumes: The Dark Side of Silicon Valley

4. Getting Beyond Just Wheat, Corn and Rice

Some uncommon grains have environmental advantages that could be beneficial in a changing world. But making the uncommon common can be difficult.

6. Treasure Island: The People of Tangier Their Life, Land and Heritage Could Wash Away

The study is the first to give an intergenerational view of the impact a parent’s behavior has on children.

14. Mine Incident: Two deaths confirmed at Patriot Coal mine in Boone County, WV

The miners have been in the mine near Benoni Central Business District, about 30 miles outside of Johannesburg, since Saturday, South African emergency services officials said.

Paramedics and rescuers were figuring out on Sunday how to rescue the miners without collapsing the ground around them, the emergency services division said.“Numerous” rescue vehicles and lifting equipment was deployed, and workers lifted a large rock from the opening of the mine, South African emergency services reported.

Police said they were monitoring the field when they heard cries coming from the mine and discovered the 200 were trapped below layers of boulders.

Werner Vermaak of ER24 emergency services told Reuters rescuers were communicating with a group of about 30 miners trapped below the surface by fallen boulders at the old mine site in Benoni.

“They told us there are about 200 others trapped further below,” Vermaak said.”It’s an abandoned mine shaft in the middle of the public veld (open fields) … it was not a blocked-off area,” he said, adding that no injuries or casualties had been reported so far.

Emergency service crews are trying to lower water down to the miners and said paramedics will assess the miners once they are freed and provide necessary medical attention.

Heavily armed officers present at the illegal mine in Benoni. Rescue has begun. ER24 on scene and ready. pic.twitter.com/OjjSwWj3Py