Aaron Hernandez Indicted in the June Murder of Odin Lloyd

It’s no surprise that Aaron Hernandez was just indicted for the June murder of his friend and fellow athlete Odin Lloyd. With friends like Hernandez who needs enemies?

Dzhokhar Tsarnaev injuries  are now said to be more sever than originally thought. He suffered multiple gunshot wounds gunshot in the mouth, through his skull, and gun shot wounds throughout his extremities and a punctured lung

In light of the recent attacks by the unlicensed cab driver tormenting residents in the Metro Boston area, people are being reminded to make sure to first look to see that the cab you are entering has their police department issued hackney license clearly posted on the rear passenger seat.  If you don’t see the license then exit the cab.

Martha Coackley now wants to look over the domestic violence laws in light of Jennifer Martel’s murder.  Jared Remy most likely should have remained in jail after his most recent assault charge.

Michael Morrissey who is a Norfolk DA wont face any charges in the car crash he recently caused when he suffered from a medical emergency.

Jailene Diaz-Ramos was involved in a car was accident back in June.  When her car was searched police found the gun said to be linked to Aaron Hernandez and the two recent murders he’s been charged with. They are now awaiting a search warrant to check a safe also found in Diaz-Ramos’ car.  She insists that the gun was left in her car by a man name “Chicago” and his friends that she had given a ride too.  They apparently left other items including the safe.  She said the group of men were football players.

The gun linked to Aaron Hernandez in the double murder has been found in Springfield, MA

The New England Patriots sponsored a trade back of the Aaron Hernandez Jersey this past holiday weekend. Some 1,200 jerseys were traded back, of which 300 were youth sized. There is no surprise that people no longer feel that Hernandez is not the role model of choice for themselves nor for their children.

On another note, Hernandez is certainly disappointed that he will not be permitted to wed his fiancé while in jail. He is further likely upset to have no television or Internet access during his stay. Limited to a 3 hour period outside his 7×10 cell is quite different than what he was use to. How the might has fallen.

Ernest Wallace of Miramar, FL is set to be arraigned soon in Attleborough District court for accessory after the fact. It still amazes me just how many people are involved in this case.

I’m truly interested in the precise reasoning for all of this. Exactly what would cause a friend to end the life of another friend the way Odin Lloyd’ life was ended back on June 17, 2013. This will certainly be one of those sports crimes that will never be forgotten.

What’s most important now is bringing closure to the family Odin Lloyd. His family’s deserves to know and has the right to know the truth about Odin’s murder. If only all of those involved could do the right thing and just tell the truth about what happened and save Odin’s family and the tax payers time and money and confess to their sins and let it all be over.

And the evidence just keeps piling up against Aaron Hernandez!

When I first heard about the police were talking to Aaron Hernandez in connection to the murder of his deceased friend and former athletic Associate Odin Lloyd, I just didn’t want to believe that he could have played any part in it. I mean he was a New England Patriot. I would still like to believe that the remaining members of the New England Patriots team are all upstanding, law-abiding citizens. It’s ok to have personal problems. But not the kind where you go to work, spend time among your colleagues and act as though nothing has happened. What does that say about all the men who played beside him unaware and unable to see the horrible acts he committed in his eyes, in his body language, in any of his actions? Well New England Patriots Team Members, don’t blame yourselves, you’ve done nothing wrong.  Aaron Hernandez was a professional at everything he did. He fooled a lot of people.  His lawyers have said that all the evidence against him is circumstantial. That is a heck of an abundance of circumstantial evidence. Now there is a flop house 11 miles away filled with ammunition and clothing that may help the police in their case against him for murder. Only time will tell us how this all turns out. 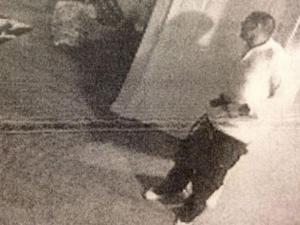 Ok sow now Aaron Hernandez is charger with murder in the death of Odin Lloyd. We can all stop guessing and let the courts do their thing. It’s disappointing that the media continued to say that Hernandez was not a murder suspect, but would most likely be charged with obstruction of justice. It would have been nice if the sources, whatever their role, could have just been straight with us or not said anything at all. While I understand that they didn’t want information to be leaked, it’s better to withhold then to give misinformation.

Aaron Hernandez is no longer a New England Patriot

This entire Situation is sad.  But only one family truly deserves our sympathy and that is the Lloyd family who lost their son.  The answer to the question of who is truly responsible for the death of Odin Lloyd needs to be answered sooner than later.  Then we need to know why he is dead!

Some day, Aaron Hernandez may be permitted to continue on with his life.  He may or may not be playing football.  As we can all see now it wont be for the New England Patriots.

I posted a piece earlier on my website entitled “Freedom”, see just how easy freedom comes and goes?

Remember, if you don’t do anything wrong, then there is no reason that you’ll be in trouble and you will remain free!

Hernandez Arrested at his home

Well, the day has finally come.  10 days later the police feel they have what they needed to enable them to arrest Aaron Hernandez at his home. Hernandez left his home in handcuffs and taken to taken to the North Attleboro police station.  The police are not making any of the details specific to his arrest at this time.  Most people believe the charges will be for Obstruction of Justice in A police investigation in the death of Odin Lloyd. After many searches in and around the Hernandez home, the police walked away with quite a bit much evidence, which made them comfortable with their decision to arrest Hernandez. It’s not believed that Hernandez if the actual murderer, but he definitely destroyed key evidence related to this case.  As someone who has enjoyed watching Hernandez’ growth as a member of the Patriots, I’m anxious to see the outcome of this situation. My prayers continue to be with the Lloyd family.

Today’s headlines cause one to pause and really think about what is going on around us. We sit and wait for news on the health status of the great Nelson Mandela in South Africa who was that countries former president. He is now in critical condition in Pretoria where he’s been since June 8. At age 94, he’s seen more than his share of the hospital in recent times. We pray for him and his family
We still await some form of resolution to the flurry of news reports on the Patriots tight end Aaron Hernandez and what his role if any, might have been in the recent murder of his friend and associate Odin Lloyd. Hernandez’ property including his home, has been searched several times with hoards of investigators, including dogs and locksmiths. We still wait to hear from those who make the decisions about what the next steps in the investigation might be.

In Merrimac, MA a woman somehow fell from a moving vehicle suffering serious injuries was taken by helicopter to Anna Jaques Hospital then transferred to a hospital in Boston. Thankfully the police did arrest Henry Matos of Lawrence for driving under the influence. Moises Matoz also of Lawrence was put in protective custody. The police are investigating circumstances of this tragic incident.

Innocent bystanders continue to fall victim to lightning strikes. In Casco, Maine three people were struck by lightening at the Point Sebago Resort last night. Two were fortunate enough to only need on scene treatment while a third victim had serious injuries and had to be hospitalized

Imagine being 81 years old and sitting at a table in your home reading a paper and you start to hear loud booms coming from your basement. Dora Cummings was smart enough to call 911 and leave her home without injury. Unfortunately, her house was not so lucky. The Berlin home was destroyed when the two propane tanks exploded.

On a lighter note, you twinkie loving people will be happy to know that twinkies and some other favorited hostess products will return to shelves on July 15, 2013 offered by their owner, Hostess. They will be bearing a new tagline of “The Sweetest Comeback in The History of Ever”. Enjoy your sweet tooth sweet lovers.

Always know that for every great tragedy, there is always some great miracle of life that happens somewhere close by. Those miracles may not always be heard or seen, but those special enough to be a part of the miracle are grateful for the miracle. Continue to do good in your life and great reward will come to you and those you love. Believe!

What are they looking for in the home of Aaron Hernandez?

So many trips to the Hernandez home. No word yet on an arrest warrant or what it might be that the police are expecting to find on the Hernandez property. Seemingly no stone has been left unturned in the place that Hernandez calls home. At the age of 23, he’s accomplished a great deal athletically, receiving a five year extension on his contract with the Patriots. He now finds himself barred from Gillette Stadium. How will this affect Hernandez ‘ career? How has all this left you feeling?