A team of scientists have uncovered a 2,500-year-old slab that may reveal details about the ancient Etruscan civilization

What should have happened…by Felina Silver Robinson

Bethenny Frankel is a single mom. Time is not something she has a lot of. She like many of us wear multiple hats and Bethenny is no exception. Bethenny is a mom, a reality tv personality, and a business owner. When she finally has the time to go shopping, I’m sure much like me, she has everything thought out and timed.

In an article published in Eonline entitled “Bethenny Frankel Rants About Kmart Workers Who “Speak No English,” Is Dubbed a “Racist””. Bethenny was called a racist. This truly got my blood boiling. Bethenny meant no harm and certainly wasn’t being malicious in her ranting. Bethenny’s only hope at the time was to find someone, anyone that spoke English that could help her with something as simple as shoes. I’m sure we have all been in the very same place.  I know that I certainly have.

I know that we live in a free country which is the reason that so many people choose to come to the United States.  There have been many occasions  where I couldn’t get the help I needed due to language barriers.  It’s always been my feeling that if you work in an area where helping customers is key, then you definitely need to be able to speak the language of the majority.

To be compared to Donald Trump is outrageous and an outright insult to Bethenny.  She truly did not deserve that. People say a lot of nasty things when they don’t think they will have to answer for it and of course it is a lot easier to do over social media.

People should tread lightly when talking about race. It’s not so easy to take things back once said. Situations such as these can cause irreparable damage. Bethenny deserves better treatment than this.

There are definitely more serious matters that people should be spending their time on.

Bethenny Frankel Rants About Kmart Workers Who “Speak No English,” Is Dubbed a “Racist”

Attention Kmart shoppers, there’s a Twitter fire in all aisles and a frustrated Real Housewife

Do You Often Find Yourself Saying Bad Words? You Might Want to See if it Has Banished

Fadge means to succeed, be suitable or to turn out well. You can also understand it to mean turnout, end up or come off.  In the Twelfth Night II.ii.33. Viola sitting alone says “How will this fadge.” Of course meaning, How will this turn out or end up.

Caduceus is a heraldic wand which is entwined with two serpent heads. It is said that this is the staff of Mercury who moves at will within and transforms himself as he likes whenever he likes. In William Shakespeare’s telling of “Troilus and Cressida” (TC II.iii.12) it sites “the serpentine craft of thy caduceus,if, thou take not.

Wapish-headed means peevish, irascible or to be spiteful. This definitely sounds more like a Shakespearean word than yesterday’s word of Wafture, which may have been a little to clean for the average Shakespeare lover. 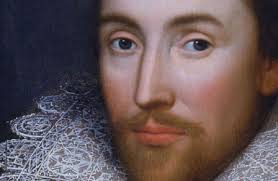 Backbite means to slander, revile or to speak badly of someone. This was certainly a common act of behavior in Shakespearean times. There were many occasions in which men spoke badly of others to cast doubt on their standing to steal the women they were interested in. or the work that they had. A Galliass is a heavily built warship that uses sails and oars. Its appearance is definitely quite intimidating, but that was of course necessary and worked as an advantage as well as a disadvantage. The advantage being that it could house more cannons and weapons. The disadvantage being that a galliass required more workers to run it separate from those that were fighting. A Galliass is larger than a galley.