Donald Trump the but of the days marathon joke

Everyone made the same Donald Trump joke at the Boston Marathon 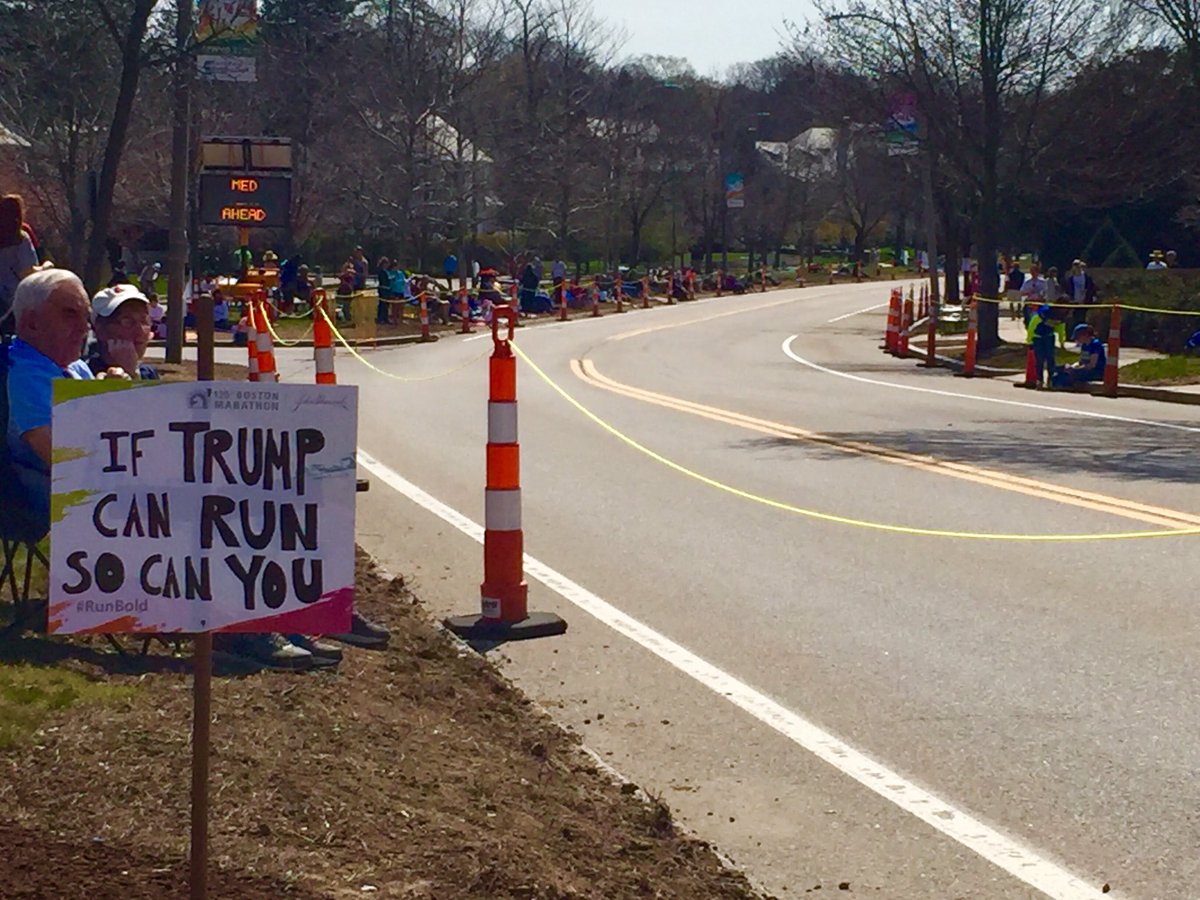 A group of students at Aquinas College in Grand Rapids, Mich., pulled an April Fool’s Day prank on their professor that he’s sure to never forget.

The macroeconomics professor, Stephan Barrows, has a rule that if a cell phone rings in class, the student must answer it on speakerphone, ABC News reported.

However, that policy backfired when one of Barrows’ students answered a particularly private phone call, leaving the poor professor in an incredibly awkward position.

“Hi, this is Kevin from the Pregnancy Resource Center,” the voice on the other end of the phone says on speaker in front of the entire classroom. “Per your request, I am calling to inform you that the test results have come back positive. Congratulations!”

The student who received the phone call, Taylor Nefcy, had arranged to have the prank call occur at exactly the right time as one of her other classmates was recording the entire conversation on camera.

“OK, you might want to shut that down,” said an anxious Barrows.

But she didn’t, because rules are rules, after all.

“I know you told us the father is no longer in the picture, but we will be in contact with you throughout this whole process, so don’t worry about anything,” the caller continued aloud. “We provide counseling and other maternity services at no charge.”

“That’s OK, I’ve been expecting this,” she replies, adding, “I already know what I’m going to name the baby.

At that moment, the entire classroom bursts into laughter as the mortified Barrows covers his blushing face with papers.

“Bailey and I came up with the idea because we knew our professor would be a good sport about it,” one of the students involved, Raechel Wrona, explained today on “GMA LIVE!” “Then everyone played their role to make it come off as good as it did.”

And fortunately for them, he was a good sport. Once Barrows regained his composure, he was able to laugh it off with the rest of the class.

“He’s nice enough of a professor, we knew he’d be able to take the joke,” Josh Weiland, another student, added.

Apparently Barrows no longer has the cell phone policy in place.

It’s time for a laugh

Enjoy some of the best short jokes ever…