Domestic Violence is Not Ok and Should Not Be Commonplace

Jared Remy murdered his girlfriend as a result of domestic violence. So many lives have been lost others have been ruined and forever scarred. I’m appalled that so soon after the death of Jennifer Martel that Celtics forward Jared Sullinger would find himself being arrested for Assaulting his girlfriend Diann Smith. Diann and Jared were high school sweethearts. While the Remy and Sullinger case differ in the level of violence, under no uncertain terms does it make it any less Significant. There is never a reason or excuse for a couple to physically abuse each other or hold the other hostage. If you realize that things are no longer working out to your satisfaction then you should end the relationship without violence. There is no relationship worth death or the consequences of having caused the death of another. 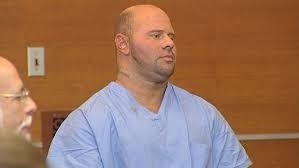 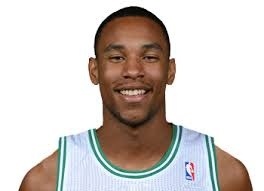 Jerry Remy not returning to Red Sox games this season

I’m certain that it’s no surprise that Red Sox Broadcaster, Jerry Remy will not be returning to Red Sox games this season http://www.wcvb.com/news/sports/jerry-remy-not-returning-to-red-sox-games-this-season/-/9848968/21710488/-/2x9avlz/-/index.html?absolute=true via @WCVB

Dzhokhar Tsarnaev injuries  are now said to be more sever than originally thought. He suffered multiple gunshot wounds gunshot in the mouth, through his skull, and gun shot wounds throughout his extremities and a punctured lung

In light of the recent attacks by the unlicensed cab driver tormenting residents in the Metro Boston area, people are being reminded to make sure to first look to see that the cab you are entering has their police department issued hackney license clearly posted on the rear passenger seat.  If you don’t see the license then exit the cab.

Martha Coackley now wants to look over the domestic violence laws in light of Jennifer Martel’s murder.  Jared Remy most likely should have remained in jail after his most recent assault charge.

Michael Morrissey who is a Norfolk DA wont face any charges in the car crash he recently caused when he suffered from a medical emergency.

Jailene Diaz-Ramos was involved in a car was accident back in June.  When her car was searched police found the gun said to be linked to Aaron Hernandez and the two recent murders he’s been charged with. They are now awaiting a search warrant to check a safe also found in Diaz-Ramos’ car.  She insists that the gun was left in her car by a man name “Chicago” and his friends that she had given a ride too.  They apparently left other items including the safe.  She said the group of men were football players.

Last night I wrote about the tragic murder of Jennifer Martel. It’s devastating to now hear that she was pressured by her boyfriends family to allow her restraining order to expire, which happened on Wednesday, August 14, 2013. Unfortunately, this opened the door for her abusive boyfriend, Jared Remy, to feel he had a license to kill. His abusive past started before they were a couple. He’s attacked another female with a broken bottle, he’s kicked a woman in the stomach among other things. It pains me to further know that only nights before, the police had been called to the house for a domestic dispute. Martel’s family describes the abusive relationship stating that for some time Remy had been verbally and physically abusing Jennifer Martel. She stayed only because she feared losing her daughter because Remy’s family had more money.

As a former victim of domestic violence I know that it is easier said than done when people tell you to just walk away. My one suggestion to those that are still in an abusive situation, make sure that you tell as many people as you can about what you are going through. If you plan to leave, make sure you do it when your abuser is far enough away to allow your safe departure. Try to leave with only what you really need. Don’t let your fight for freedom be lost because you were trying to bring something that had sentimental value. Never let a restraining order lapse no matter what you think about the abusers family. The more power you give them, the more power they will take.

I’ve come to learn that you cannot take chance with your life and certainly not with the life of your children. The first time your partner hits you, leave. Don’t give them the power of a second chance. If you do, in their mind, you given them license to abuse you without questions. Choose life over death.

My heart goes out to both families and to all victims of domestic violence. Keep them all in your hearts and prayers.

Crimes continue to be linked to the sports world

Every time we think that crime has taken a break from the sports world another story pops up. Last evening Jared fatal stabbed 27-year-old Jennifer Martel to death. Fortunately, Martel’s child who was also in the home of Jared Remy at the time of the murder, was unharmed and is safe in the custody of the state welfare department. District attorney Marian Ryan stated that Jared Remy was arrested and charged with Martel’s murder. Jared had been arrested on Tuesday for assault and battery, but was released on personal recognizances. Jared Remy is the son of Jerry Remy who is a broadcaster for the Boston Red Sox. Jared had been fired from his job as a Security Officer at Fenway Park in 2009 due to his involvement in a steroid scandal where he had sold drugs to a staffer by the name of Nicholas Cyr. Jared Remy had another arrest in 2005 for assault and battery of a former girlfriend.

It amazes me that abusive people always seem to stay free so they can kill those they set to to kill. Who is protecting the innocent? Why do criminals continue to have more rights than their victims? Maybe this one slipped through the cracks because his father was a sports broadcaster. I’m suddenly grateful that although my 20 year old has the height and build to play sports that he has no want to do so. We all know that there are criminals all over, but for whatever reason sports seems to have such a large criminal base. Steroids had stretched things out even more pulling in security. Will we next hear that team physicians have been in on steroids the entire time? Only tie will tell.