Sometimes Even Money Can’t Save You!

‘This really could get very ugly’

Other nations join Saudis in curtailing relations with Iran 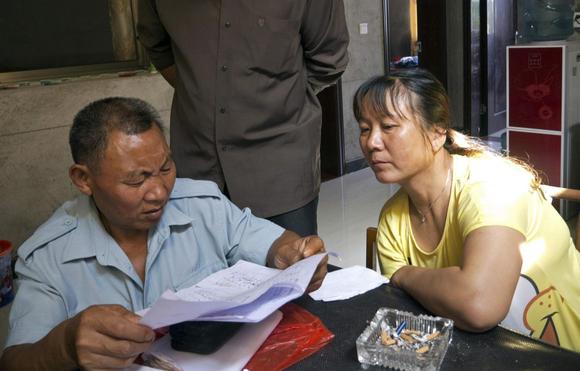 3. The biggest environmental controversy few have heard of

4. As jellyfish come in waves off Maine coast, questions follow

The early summer invasion appears to be heavier than normal this year, surprising

some and distressing others.

Regulators look at raising the limit for radiation amid a rash of illegal dumping.

8. Storms Get Headlines, but Drought Is a Sneaky, Devastating Game-Changer

As California and the American West dry up, a way of life is threatened.

9. What Plastic Baby Bottles and Climate Change Have in Common

10. A Side Effect of Iranian Sanctions: Tehran’s Bad Air

U.N. Secretary-General Ban Ki-moon on Monday rescinded an offer for Iran to attend Syria peace negotiations after Tehran said it didn’t support the June 2012 political transition deal that is the basis for the talks.

In a brief statement by his spokesman — and under huge pressure from the U.S. — Ban withdrew the invitation, saying he was “deeply disappointed” by public statements today from Iran.

“He (Ban) continues to urge Iran to join the global consensus behind the Geneva communiqué,” Ban’s spokesman Martin Nesirky said. “Given that it has chosen to remain outside that basic understanding, (Ban) has decided that the one-day Montreux gathering will proceed without Iran’s participation.”

Ban said earlier that Iran’s public statement that it did not support the 2012 Geneva deal calling for a transitional government for Syria was “not consistent” with assurances he had been given by Iran’s Foreign Minister Mohammad Javad Zarif.

(CNN) — Save the date: Iran has pledged to start eliminating some of its uranium stockpile on January 20, the White House said Sunday.

That gives an official start date for the six-month interim deal with Iran, which was first announced in November.

“As of that day, for the first time in almost a decade, Iran’s nuclear program will not be able to advance, and parts of it will be rolled back, while we start negotiating a comprehensive agreement to address the international community’s concerns about Iran’s program,” U.S. Secretary of State John Kerry said in a statement Sunday.

As part of the agreement, Iran has agreed to start eliminating its stockpile of higher levels of enriched uranium, to dismantle some infrastructure that makes higher-level uranium enrichment possible, and not to start up additional centrifuges.

In exchange, some sanctions against Iran will be eased as part of “modest relief,” the White House said.

“The $4.2 billion in restricted Iranian assets that Iran will gain access to as part of the agreement will be released in regular installments throughout the six months,” Kerry said. “The final installment will not be available to Iran until the very last day.”

But there’s a bipartisan push in Congress to tighten, rather than ease, sanctions on Iran. U.S. President Barack Obama made it clear Sunday that he was pushing back.

“Imposing additional sanctions now will only risk derailing our efforts to resolve this issue peacefully, and I will veto any legislation enacting new sanctions during the negotiation,” Obama said in a written statement.