The aim of the initiative is to raise money and awareness for No Kid Hungry, an organization dedicated to ending childhood hunger

Your Appetite and Your Hormones 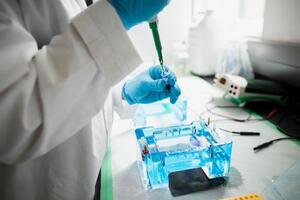 Do you know what your children are thinking? Their teachers don’t.

The things your kids don’t tell their teachers.

1. Drilling in the wilderness

Energy extraction can coexist with native peoples and forests

2. Al Gore Is Not Giving Up

A rare, frank conversation with the former vice president and climate-change activist.

4. This Land Is Your Land

The coming weeks could determine whether tens of thousands will die.

Michael Taylor, Jr., 12, of Abingdon, Va., gives thanks with his brothers and grandmother, Elizabeth Salyers, for the meal they received at a local food pantry.

The snow was blowing sideways in New York City last Saturday, but parents still streamed in to New York Common Pantry, some leading as many as four or five children by the hand while they sat with volunteers and chose their food on an iPad.

“I’m here to stock up,” said pantry client Theresa Garcia. In one week, Garcia’s three children, who attend public school, would be home for an eight-day holiday break, a long stretch of going without the two free meals they eat in school every day.

The East Harlem pantry was Garcia’s second stop for supplies that day; she already visited a food bank near the shelter where her family is staying in East New York, more than an hour away on the subway. “I also had to give my church a heads-up that these next weeks I’ll need extra help,” she said. “You hit it from all angles.”

Garcia’s kids are among 24 million American children who qualify for free or reduced lunch and breakfast at school—48 percent of all public school students. For many kids, those meals are the only ones they will eat all day. That all changes during school holidays, when the burden falls on low-income parents to provide three meals a day. The United States Department of Agriculture provides food assistance to many families during summer break, but there’s no similar infrastructure in place for the end-of-year holidays, when kids are home for up to two weeks.

And they have healthy appetites.

“Especially with boys, they’re never, ever full,” says Elizabeth Salyers, who’s raising her three young grandsons in Abingdon, Va. Salyers had been getting by on social security and the spousal benefits from her late husband, a disabled veteran, when the kids came to live with her in 2009. But four years later, she says her “funds are slowly dissolving.” She has had to rely on the Abingdon Soup Kitchen and other programs around town in order to feed the kids. It’ll be doubly difficult to keep the boys’ bellies full until January 8th, when they go back to school.

Elizabeth Salyers, 71, looks through a box of vegetables at the Harvest Home Kitchen in Abingdon, Va., with grandchildren Dashaun and Ector Taylor.

“You just take what’s available, and you can stretch it 50 different ways if you have to,” Salyers said. She prepares hearty dishes that “expand when you cook ‘em,” like oatmeal and spaghetti. On days the boys sleep late, she breathes a sigh of relief; she can get away with serving them breakfast, a snack, and supper.

Kathy Underhill, the executive director of Hunger Free Colorado, is well aware of this annual problem facing low-income families of school-aged children. “What the holidays mean is that families already on a razor-thin margin have to struggle even further,” she said. In her state, 10 percent of households—about 511,000 families—are currently on SNAP benefits, and another 390,000 more are eligible.

Mildred Floyd of Golden, Colo., is the head of one of those families. Even with just one teenage son at home during break, “the impact on my budget is astronomical,” she said. “[My son] is in his comfort zone, sitting in front of the TV, so sometimes he eats even a little more than usual.”

For Floyd, who is unemployed, it’s not just the money that poses a problem but the logistics.

“During the holidays, you have to be able to get to whatever site that’s giving food,” she said. “You have to get creative. You have to drive all over town.” During school breaks, filling the gap of school meals becomes an elaborate dance of research, transportation, and sign-up sheets.

“Families start mixing and matching with other community resources when they don’t have school lunch, but with overworked parents and bus routes being cut, this isn’t always possible,” said Peggy Halderman, founder of the Golden Backpack Program, which tries to simplify parents’ holiday juggling acts.

Every week, the program sends 588 local students—including Floyd’s son—home from school with enough food to feed a child over the weekend. During the holidays, students get a “double backpack,” stocked with supplies for four days. This year, another group at the Rotary Club of Golden, of which Halderman is a member, packed 80 boxes for a similar Holiday Food Box Project and dropped them off at the local elementary school.

Ector Taylor, 9, checks to see how he measures up to his grandmother, who often worries if she can provide enough for three growing boys.

Some programs across the country go a step further and maintain children’s school meal routines during the holiday season. Kids Unlimited in Medford, Ore., which runs an academics-focused afterschool program during the school year, offers a 10-hour-a-day enrichment program for elementary-, middle-, and high school students during holiday breaks, on site at the students’ schools. The holiday program includes meals through Sodexo, which gets reimbursed by the USDA, said Tom Cole, director of Kids Unlimited.

“Being able to feed kids is part of creating a level playing field, because kids can’t learn or focus when they’re hungry,” Cole said. “We keep that going [during holidays] to take the pressure off families.”

These programs strive to make a difference, yet some who staff them are indignant that the government and public schools aren’t doing more to help. Kathy Underhill points out that the SNAP program, or food stamps, usually picks up the slack when kids are out of school, but with cuts that kicked in November 1, lots of families are “waiting for the other shoe to drop.”

Cole says our country’s education system “hasn’t thought outside the box about social service issues they can help with. Most schools don’t have an infrastructure in place to support kids outside the normal school days.” They don’t have partnerships with community organizations like Kids Unlimited, he says, or aren’t willing to open schools during breaks for outside programming.

As for parents, they say they work hard to maintain the holiday spirit despite the added stress—but it’s not easy. “I force a smile sometimes,” Floyd said. “It’s overwhelming. You not only have those three meals a day, but you have to put something in that Christmas stocking.”

Education coverage for NBCNews.com is supported by a grant from the Gates Foundation.