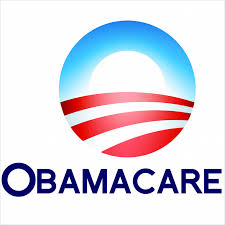 CGI Group, a Montreal-based information technology firm, was also the lead contractor on the troubled federal health care website. The state hired the company last year to create a website to facilitate the state’s transition from its first-in-the-nation universal health insurance program to the requirements of the federal Affordable Care Act.

“We have made the decision that we are parting ways with CGI,” said Sarah Iselin, a health care executive who was hired by Gov. Deval Patrick to oversee a fix for the website.

Iselin told a meeting of the board of directors of the state’s health connector that negotiations had begun with CGI on a transition, but it was not immediately clear when the state contract would formally end and how much the company would ultimately be paid.

Officials said last month the state had paid about $15 million of CGI’s original $68 million contract slated to run through September.

“CGI has worked tirelessly to deliver a health insurance exchange for the residents of Massachusetts. We will work with the Commonwealth to ensure a smooth transition to the next phase of exchange deployment, allowing for the best use of system capabilities already in place,” the company said in a statement Monday.

Iselin said the state was leaning toward hiring a new vendor to fix the website, but added her team had ruled out a complete rebuild of the current site, a “start from scratch” option that was deemed unworkable.

Another possible solution, the purchase of technology from states with smoothly functioning insurance sites, was shaping up as a less viable option because of the complexity of the Massachusetts system, she added.

The goal was to have a fully functional site by the start of the second federal enrollment period, scheduled to begin in November.

“The picture we are painting is that we have a long way to go,” Iselin said. “We are not going to sugarcoat anything.”

A report released last month by the consulting firm MITRE said the Massachusetts site suffered from infrastructure and data stability necessitating a series of manual workarounds as the connector tried to enroll or re-enroll applicants in federal-compliant health coverage.

The technical glitches created a massive backlog of 50,000 paper applications, a pile that officials said had since been whittled to 21,000 with the expectation that it could be completely eliminated by the end of March.

The state so far has been able to move 84,000 residents with subsidized health coverage into temporary Medicaid coverage so they would continue to have access to health care coverage.

The U.S. Centers for Medicare and Medicaid Services agreed to give Massachusetts an extension from the nation’s March 31 federal health care enrollment deadline until June 30.

The state is likely to seek an additional three-month waiver through the end of September, Iselin said Monday.

Optum, a health care technology firm hired by the state to help facilitate short- and long-term solutions for the website, was to be paid at least $16.4 million through the end of March, the connector board was told.

The Obama administration announced in January that it planned to part ways with CGI after the shaky rollout of HealthCare.gov.