Van operator did not return our calls

Do You Have Asthma? You Might Want To Read This

Tips to Prevent an Asthma Attack 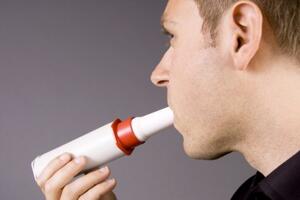 They didn’t drop Agent Orange, but they flew those contaminated planes on hundreds of domestic missions.

3. Creeping Up on Unsuspecting Shores: The Great Lakes, in a Welcomed Turnaround

4. Could the ‘healthy’ part of red wine be dangerous for unborn babies?

Children born in areas of high air pollution have smaller heads – and grow up with reduced lung function, say scientists

3. Planes’ exhaust could be harming communities up to 10 miles from LAX

Polluting biomass stoves, used by one-third of the global population, take a terrible toll. But efforts to clean them up are failing.

7. And The Biggest Power Polluter Is: American Electric Power Company

9. How much is going clean costing China?

10. Toxins in the environment may accelerate aging, study finds

4. Youth anxiety on the rise amid changing climate

6. Clues to Autistic Behaviors: Exploring the Role of Endocrine Disruptors

7. Family Farmers Hold Keys to Agriculture in a Warming World

Half a billion small-scale farmers are helping pioneer sustainable techniques.

8. Mine Waste Transformed to Tap Water for 80,000 Consumers
9. ExxonMobil’s New Guinea Nightmare
How a US government loan to the oil giant enabled an environmentally destructive project plagued by lethal landslide, police repression and civil unrest.

10. Eskom is not coughing up for the pollution it causes

AP – In this 1953 photo, Navajo miners work at the Kerr-McGee uranium mine on the Navajo reservation in Cove, Ariz. Kerr-McGee abandoned uranium mine sites, leaving contaminated waste rock piles, in the Lukachukai mountains of Arizona and in the Ambrosia Lake area of New Mexico

Britain is paying dearly for neglecting its nuclear waste

7. Climate change will ‘lead to battles for food’, says head of World Bank

Mold, mice and zip codes: Inside the childhood asthma epidemic

Amanda, 6, poses in her Brooklyn, N.Y., apartment. Amanda’s mother, Rossana de la Cuadra, has had mold in the bathroom of the apartment on and off for most of the 14 years that she’s lived there. She believes the mold may be a contributing factor Amanda’s asthma. Rossana de la Cuadra and Jose Santos are fighting their landlord to provide an asthma-safe environment for their sick daughter.

Javier Sepulveda watches the cockroaches skitter across the floor of his Harlem apartment with a mixture of anger and angst. For him they are more than just a nauseating nuisance: They’re one of the main reasons his 12-year-old daughter, Melissa, sometimes struggles to breathe with the scary sensation that she’s suffocating.

Like many others living in low-income neighborhoods, Sepulveda has discovered that his home is implicated in his daughter’s asthma—and that there’s little he can do about it, a Dateline investigation, part of the year-long NBC News “In Plain Sight” poverty reporting initiative, found.

Not long ago scientists noticed a link between poverty and asthma. Now they’re starting to discover that where you live plays a big role in explaining the connection. From dilapidated and deteriorating housing to smog-choked outside air, impoverished inner-city neighborhoods are a breathing hazard for both young and old.

Lester Holt travels to various low income neighborhoods in New York City with asthma expert Dr. Matt Perzanowski to explore why asthma is so prevalent in these communities.

Studies have shown that roaches and mice produce powerful allergens that can kick off allergies and asthma. And while those pests can crop up in more affluent urban neighborhoods, they are a virtual epidemic in communities inhabited by the poor.

A Dateline analysis of a 2011 U.S. Census Bureau report found that public housing apartments like Sepulveda’s had almost four times as many roach infestations and three times as many leaks as private rental apartments. Leaks, it turns out, can create mold, another allergen that can spark and exacerbate asthma.

Though mold covers the ceiling and walls of Sepulveda’s bathroom—and most likely has exacerbated Melissa’s asthma—his landlord, the New York City Housing Authority, has been slow to make the necessary repairs that would get rid of it, according to Dateline investigators.

New York may be the perfect place to see the impact of income on asthma. In the space of just a few blocks there’s an enormous income gap—and a corresponding three-fold jump in the asthma rates. In the affluent Upper East Side, the rate among 4-to-5 year-old children is 7 percent. By contrast, in impoverished east Harlem — the neighborhood right next to it —  the rate is 19 percent.

The asthma-poverty connection isn’t limited to New York, though. In Philadelphia, researchers have found asthma to be stunningly common in some of the poorer neighborhoods. In door-to-door surveys that included 5,563 children, researchers found that 21.7 percent of kids had been diagnosed with asthma.

Even more telling was the breakdown by zip code.

The two communities with the highest numbers of children living below the poverty line had asthma rates of 40 percent and 47 percent, according to a 2012 study by researchers led by Dr. Tyra Byrant- Stephens, a professor at the University of Pennsylvania School of Medicine and director and founder of the community asthma prevention program at the Children’s Hospital of Philadelphia.

In St. Louis, the poorer neighborhoods have upwards of 30 percent to 40 percent asthma rates, said Dr. William Kincaid, chair of the St. Louis Regional Asthma Consortium and an assistant professor of health management and policy at the St. Louis University College for Public Health and Social Justice.

In East Baltimore, one of the poorest areas of the city, at least 95 percent of homes are infected with mouse allergen, said Dr. Elizabeth Matsui, an associate professor of pediatrics and epidemiology at the Johns Hopkins Medical Institutions. Matsui and others have found that exposure to mouse dander is even worse than exposure to cockroaches when it comes to asthma.

In Baltimore, just as in New York and St. Louis, “many homes have mold because they are not kept up well,” Matsui said. “Leaky roofs and bathroom plumbing produce water damage. Even if the leak is fixed, if the dry wall or plaster isn’t taken out, mold can grow.”

And it’s not just indoor allergens that are a problem. Poor neighborhoods are often the ones chosen for highways and other projects that more affluent communities manage to fend off. In New York, poor neighborhoods tend to be crisscrossed by major roads clogged with diesel-powered vehicles that spew particles into the air that can trigger or exacerbate asthma, said Matt Perzanowski, an associate professor of environmental health sciences at Columbia University’s Mailman School of Public Health.

Legislation to provide health insurance for poor kids has helped those with asthma, but it has not been a panacea.

Many low-income neighborhoods don’t have enough physicians, Bryant-Stephens said. Making matters worse, poor parents often can’t get time off from their jobs to take children to the doctor.

Transportation also is an issue, Bryant-Stephens said. “Parents are making hard choices. If they have to pay the light bill, they may not have enough money to pay for tokens to get to the doctor’s office.”

That’s something 33-year-old Tiana Gaines-Turner, a working mom from Philadelphia, understands all too well. Because she and her husband both have low-paying jobs, they are often strapped for cash. That means they sometimes have to borrow money to take their kids to the doctor.

All of which can lead to poorly managed asthma, and children being rushed to the emergency room.

Studies have shown that poor children are up to 15 times more likely to be hospitalized for asthma than their wealthier counterparts. While the visits may fix the acute problem, they’re not providing a long-term solution.

“In the ER, parents don’t hear 90 percent of what we say,” Bryant-Stephens said. “They’re very focused on the fact that their child can’t breathe. It doesn’t matter that we give them all this education.”

But even when the medical care is optimal, there’s still the home environment to worry about.

Watch Video: A Day with Kelvin Torres
Kelvin Torres visits Dr. Acklema Mohammad for a check-up and spends time on the playground with his father who is also severely asthmatic.

De la Cuadra figured she’d found a refuge when her family qualified for a NYCHA apartment in Brownsville, an impoverished Brooklyn community. Though the neighborhood could be violent and scary, “once I closed my door, that was it,” de la Cuadra told Dateline. “It was home.”

Two years ago the pipes inside the family’s bathroom wall sprung a leak and an ugly black mold started to creep across the walls and ceiling. Soon little Amanda developed a cough that wouldn’t quit. “One night she got real sick,” de la Cuadra said. “She was coughing and coughing. And she came knocking on my door and said, ‘Mommy, my chest hurts. I can’t breathe.’”

By morning Amanda was worse. Scared for her daughter, de la Cuadra took her to the doctor.

“When I got there he started examining her and he told me, ‘Listen, I don’t want to scare you but thank God you brought your daughter in ‘cause she could’ve died last night.’”

Though the doctor provided care for Amanda’s asthma, her condition continued to worsen—as did the mold on the family’s bathroom ceiling and walls.

Like with Sepulveda’s apartment, NYCHA was so slow in making repairs that Amanda’s family decided to fight them publicly in order to make the apartment safe for their daughter.

After battling the NYCHA for two years, sometimes very publicly, de la Cuadra finally got the housing authority to fix her bathroom and obliterate the mold. “They took the cabinets down. They took everything down, even the bathtub,” de la Cuadra told Dateline.

It didn’t take long for the repairs to be felt by Amanda, now 7.

While Amanda’s day-to-day existence seems to have improved dramatically, she’s not really all better.

“My child, she’s sick, you know,” de la Cuadra said. “That’s something that I have to deal with. And Amanda has to deal with it. I finally got my bathroom fixed, but then again I have my daughter who has asthma. Who’s going to fix that?”