Many activists have called what happened to McDonald a “modern-day lynching.” 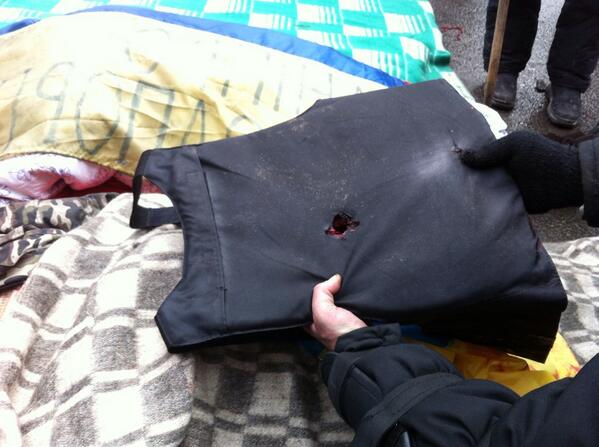 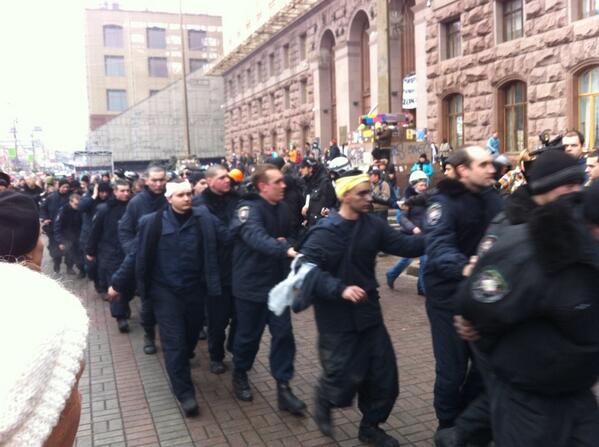 After 25 die, protesters prepare to stand their ground in Ukraine

Kiev, Ukraine (CNN) — They’ve given up their ground before — voluntarily, as a political concession. But that seems to be over.

After the deaths of 25 people in clashes a day earlier, Ukrainian protesters are prepared to stand and fight again Wednesday.

Police want to clear them out of central Kiev. Some of them died trying to stay put Tuesday — using projectiles and burning barricades to keep security forces at bay at Kiev’s Maidan, or Independence Square.

It was the deadliest day in the months-long standoff between the government and opposition leaders.

Thousands of demonstrators have packed Independence Square since November, when President Viktor Yanukovych reversed a decision to sign a trade deal with the European Union and instead turned toward Russia.

The unrest intensified after an anti-protest law went into effect. Throngs of demonstrators took to the streets to protest the law.

Police and protesters were among Tuesday’s dead. A journalist and a government employee died, too.

More than 240 others were hospitalized, Ukraine’s health ministry said.

They prepared a makeshift compressed-air cannon to catapult the projectiles into police ranks.

Hundreds of others came out to give moral support to those holding the square and to add their numbers to the throng wanting to keep the opposition movement alive.

Corporate lawyer Volodymyr Solohub was one of them. Whenever police threaten to clear the Maidan he goes there.

Tuesday, he watched as protesters rushed injured people from the front lines to medics.

“Some of them had broken hands, and blood was flowing down their faces,” he said Wednesday.

Barrages of stun grenades shattered the air around him through the night.

“When it goes off, the whole area vibrates,” he said. But the barricades held, and it made him happy.

When the sun rose Wednesday, smoke was still rising from them into the sky.

Even as the European Union scheduled a meeting on Ukraine for Thursday and the leaders of France and Poland called for sanctions over the violence, Yanukovych fired fresh vitriol at his opposition.

He pinned blame for the violence exclusively on protesters, but he would have none of it himself.

“This is my life principle — no power is worth a drop of blood spilled for it,” he said in a statement.

Yet he issued a veiled threat to protesters.

Opposition forces should “disassociate themselves from the radical forces that provoke bloodshed and clashes with law enforcement,” he said.

Otherwise, admit to supporting them and be treated accordingly, Yanukovych demanded.

Opposition leaders pointed the finger back, painting their supporters as the victims, not the aggressors.

Neither side seems to have a monopoly on the use of violence, and in the mayhem, it is sometimes hard to tell who is carrying it out.

The journalist who died Wednesday was shot the night before, after a group of masked people stopped a taxi he was riding in, according to a statement by his newspaper Ukrainian Vesti.

They wore camouflage clothes and were throwing Molotov cocktails. They beat other passengers in the car, the paper reported.

Tuesday’s violence followed what seemed like a rare breakthrough.

The government had said it would drop charges against those arrested in the political unrest.

After holding Kiev’s City Hall for three months, protesters pulled back Sunday and unblocked streets in the city center.

But hope died Tuesday, when the speaker of parliament refused to allow amendments that would limit the president’s powers.

Opposition anger reignited and poured into the streets.

The government’s prosecutor general accused the opposition of breaking “the truce,” thus setting the stage for the security crackdown that ensued.

Riot police plowed into the crowd with water cannons, stun grenades and night sticks. Some demonstrators fought back, swinging what looked like baseball bats.

Protesters set fire to the headquarters of the ruling Party of Regions. But the opposition’s headquarters, the Trade Unions House, was also smoldering at daybreak Wednesday.

Kiev was the center of the action, as in the past.

But police said the unrest has spread to western Ukraine, with protesters attacking police and local government offices in a number of regions.

Flaming barricades have been a constant for three months all around Kiev’s Independence Square.

Though the strife started over a trade pact, protesters’ anger was fueled by underlying sentiments in favor of the West and against Russia.

Their initial call for Yanukovych to reverse his decision on the EU trade deal avalanched over time into an attack on the President’s power base.

Yanukovych and his allies responded with some concessions, offering places in government to opposition leaders.

Both sides have demanded that the other back down first, and neither is budging.

Yanukovych and opposition leader and famed boxer Vitali Klitschko played another round of the you-first game in an overnight face-to-face meeting.

Speaking to reporters afterward, Klitschko said there effectively was “no discussion.”

The President demanded the protesters back off first. Klitschko threw the demand back at him. “I told Yanukovych this,” he said. “How can we negotiate when there is blood being spilled?”

EU leaders condemned the violence and waved the possibility of sanctions at Kiev’s government, placing most of the responsibility on its shoulders.

“Europe will certainly reconsider the restraint it has shown in deciding whether to impose sanctions on individuals,” said German Foreign Minister Frank-Walter Steinmeier.

But Russia is also waving money, standing by with billions in economic aid for Ukraine’s economy.

Since political tensions began, Washington and Moscow have weighed in on opposite ends and kept doing so Tuesday.

U.S. Vice President Joe Biden called Yanukovych to press him to stop the violence, placing the responsibility to de-escalate mainly with government.

Secretary of State John Kerry later backed up the Vice President’s words. He called for the Ukrainian government to halt violence immediately, and reopen dialogue with the opposition.

Washington is trying to tell “the authorities of a sovereign state what they should do next and how they should do it,” an article in Russia’s state-run RIA Novosti’s read.

U.N. Secretary-General Ban Ki-moon condemned the clashes in a statement late Tuesday and called for them to stop.

“He reiterates to all sides that the use of violence is unacceptable,” it read.

But in Kiev, the call may be falling on the deaf ears of embittered rivals.