Archives For Clean up aid

They didn’t drop Agent Orange, but they flew those contaminated planes on hundreds of domestic missions.

3. Creeping Up on Unsuspecting Shores: The Great Lakes, in a Welcomed Turnaround

4. Could the ‘healthy’ part of red wine be dangerous for unborn babies?

Children born in areas of high air pollution have smaller heads – and grow up with reduced lung function, say scientists

2. A year of agonized, unanswered questions

How did a well-trained crew of professional hotshots come to abandon their designated safety zone and walk into a wall of fire?

4. Triclosan Under The Microscope

Australia was once a leader on climate action. Thanks to American conservative powerhouses, that’s no longer true

8. Personal Health: Too Hot To Handle

9. There Are 1,401 Uninspected High-Risk Oil and Gas Wells. Here’s Where They Are.

The government is failing to conduct key safety inspections on new oil and gas wells on federal and Native American land.

Seattle’s Duwamish has been straightened, dredged and heavily polluted. Can a Superfund cleanup bring it back to life?

3. Planes’ exhaust could be harming communities up to 10 miles from LAX 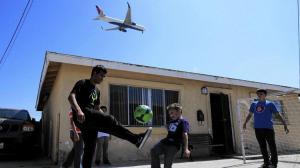 Polluting biomass stoves, used by one-third of the global population, take a terrible toll. But efforts to clean them up are failing.

7. And The Biggest Power Polluter Is: American Electric Power Company

9. How much is going clean costing China?

10. Toxins in the environment may accelerate aging, study finds

1. Environment as influential as genes in autism, study says

4. East Antarctica more at risk than thought to long-term thaw

An ice shelf previously thought to be resilient to climate change is being held in place by a relatively small plug of ice.

Is BP backpedaling on a settlement with oil spill victims, or are some Gulf Coast businesses exploiting BP to the tune of more than $500 million?

6. ‘Sewer assets’: Use of sludge as fertilizer leads to rich-tasting foods

10. Did Michigan agency lobby to bend rules on pollutants at Dearborn steel mill?

BOSTON — Shell Oil Co. has agreed to pay $4 million to resolve allegations it got Massachusetts funds to help upgrade underground gasoline storage tanks while also collecting from its insurers.

Coakley said the state fund is designed to help speed underground storage tank cleanups. Companies must disclose if they also make insurance claims for the same expenses, and reimburse the state if they get insurance payouts. She said Shell sued its insurers for the costs in 1993 and later settled, but didn’t inform the state until 2012.

Shell said it’s pleased to resolve the issue and looks forward to continued participation in the Massachusetts program.