You have to see it to believe it…

Who in their right mind would want most of these things anyway?  I love pumpkin spice, but I will stick to scented candles, bread and pie. Anything else is just a little over the top for me. To each his or her own. Felina Silver Robinson

Courtesy Family
How can the Pierre Police feel justified in tazing an 8-year-old?

8. Military Folly in Ferguson: Bringing the War to Suburbia

Image source: terigreevesbeadwork.com
‘NDN Art’ (2008) by Teri Greeves. ‘The image started as a pencil drawing of my
youngest son, Nimkees Ankwaad,’ Greeves explains. ‘He is speaking the word
ART, appropriated from the Roy Lichtenstein painting ‘Art’ (1962).’

CBC News
A memorial to murdered Sagkeeng First Nation teen Tina Fontaine, whose
body was pulled from the Red River, wrapped in a bag, on Sunday August 17.
She had been missing for just over a week.

AP Photo/Jacqueline Larma
In this Sept. 22, 2012 file photo Neil Young, right, and Willie Nelson perform
during the Farm Aid 2012 concert at Hersheypark Stadium in Hershey, Pa.
Opponents of a proposed pipeline that would carry oil from Canada south to
the Gulf Coast said Monday, Aug. 18, 2014 that Nelson and Young will headline
a concert on Sept. 27 on a farm near Neligh in northeast Nebraska.
(AP Photo/Jacqueline Larma, File)

15. Not Your Entertainment: Throat-Singer Won’t Perform for Politician

Source: Google+
Actress and throat-singer Lucy Tulugarjuk is known for the 2001 film
‘Atanarjuat: The Fast Runner’ and appeared in last year’s acclaimed ‘Maina.’

2. Where has global warming baked the most in US since 1984? Maine, Vermont, New Mexico, Texas 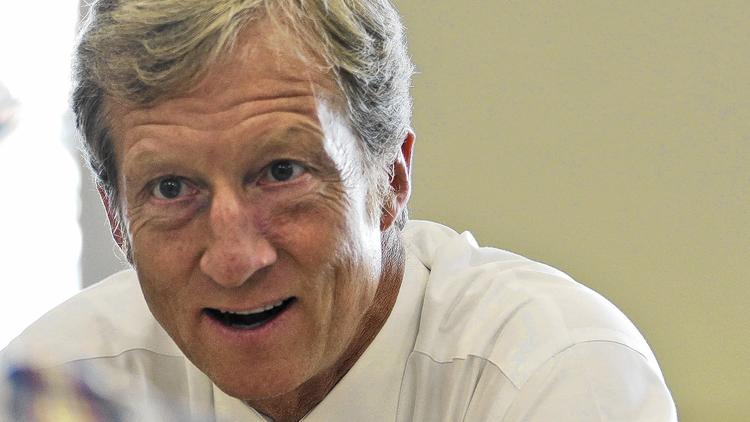 1. Dengue cases quintupled in one decade in Latin America

5. Exposure to smoke in cars may worsen asthma: study

The plan aims to reverse much of the 20th-century draining of the Everglades.

Scientists warn of potential public health crisis, with Chinese breathing in up to 20 times the amount of dangerous particles found in the US

11. One Key Question on Obama’s Push Against Climate Change: Will It Matter?

Many expectations—and many unknowns—surround new carbon standards due Monday.

13. FDA taking another look at mercury in seafood

CANTON, Mass. — It’s been a rite of passage for decades: At the age of 18, students still in high school are suddenly able to vote in elections, serve in the military and buy cigarettes.

But as the tobacco industry renews its push to reach young would-be smokers with innovative products -– like electronic cigarettes and flavored “cigarillos” -– several South Shore communities are joining a growing movement to keep tobacco products out of high schools by pushing the legal purchasing age back to 19 or even 21. Canton and Sharon made the move to 21 last year, and Braintree and Scituate officials are now considering similar regulations, news partner The Patriot Ledger reports.

“We’re trying to keep tobacco out of younger kids’ hands,” said John Ciccotelli, director of public health in Canton, which banned tobacco sales to people under 21 at the start of the year. “The main avenue for them getting tobacco is that three to four-year-older group that is still young enough to be hanging around with these younger kids and may be sharing their cigarettes with them.”

The move to age 21 for tobacco sales, which was unheard of a decade ago, is now seen as inevitable by many health officials and even by tobacco shop owners. Six Massachusetts towns now ban tobacco sales to anyone younger than 21 and New York City is set to become the first major city in the U.S. to make the move in May, though the new law still faces legal challenges.

The push to raise the tobacco-purchasing age has accelerated rapidly in the last year, coming as many communities scramble to update their regulations to address a flood of new “nicotine-delivery devices” such as electronic cigarettes. Just two years ago, the town of Needham was the only municipality in the country that required consumers to be 21 to purchase tobacco, according to D.J. Wilson, tobacco control director for the Massachusetts Municipal Association.

Dr. Lester Hartman, a Needham physician who has spent the last year convincing health boards across eastern Massachusetts to increase the tobacco-purchasing age, said new research into addiction has made the move an easy sell. He and another physician, Jonathan Winickoff, point to recent neuroscientific evidence showing that adolescent brains are more susceptible to the addictive qualities of nicotine, making teenagers likely to become addicted to the drug more quickly while smoking less often than adults.

“Studies have shown definitively that the earlier a smoker starts, the harder it is for them to quit,” said Wilson, the tobacco control director. “If we can at least delay the age of initiation … it’ll be easier for them to quit, and they won’t be a smoker for as long.”

Creating minor barriers for teenagers seeking cigarettes has shown to dramatically lower youth smoking rates, Hartman said. In Needham, the smoking rate among high school students dropped from 12.9 percent before new tobacco regulations were adopted in 2005 to 6.7 percent in 2010.

Hartman, who lives in Needham, said the drop came despite the fact that students could have gone into nearby towns to buy cigarettes. After seeing the effects of the new regulations in his own town, he joined forces with Winickoff in late 2012 and began going from town to town trying to persuade health boards to make similar changes.

The trend has already raised concerns in the retail industry, which sees the age limits as an unwarranted obstacle to consumer choice and convenience as well as a hardship for retailers. Stephen Ryan, executive director of the New England Convenience Store Association, said shop owners worry that they will soon be faced with a patchwork of age restrictions that may put them at a disadvantage based on which town they’re in.

“You’re putting them in a position where you’re going to be losing customers to a store that is a block away or maybe a hundred yards away but happens to be on the other side of the town line,” he said.

But some in the tobacco business say the changes won’t make much of a difference. Geoff Yalenezian, a member of the family that owns six Brennan’s Smoke Shop locations in Southeastern Massachusetts, said teenagers are a tiny fraction of his stores’ clientele and tend to be the ones who give his staff the most trouble about showing identification to verify their age.

Brennan’s shops are all in towns that allow sales to 18-year-olds, but Yalenezian said he has no doubt that will change soon.

http://www.cnn.com/2013/08/26/health/raise-smoking-age-proposal/index.html?hpt=he_c2
Personally, I’ve always believed that the smoking age and drinking age should have always been the same “21”. Why would you have two different ages? It never made sense to me. I’ve never understood why people ever wanted to do something that could so drastically change the health of their heart, which in turn changes their total health. Smarten up people. Aspire to “Live long, Live strong”.

On the way to Braintree with my family for some fun at Dave and Busters, a news bulletin came flashing across my iPad about a 4 alarm fire on South Street in Jamaica Plain. The 2 1/2 story home which was the homestead for generations of families had started due to a cigarette. There was $350,000 in damage. The owner and her boyfriend along with their 4 first floor Tenants have been displaced and are being assisted by the Red Cross. See more details here
http://www.wcvb.com/news/local/metro/boston-firefighter-hurt-in-4alarm-blaze-in-jamaica-plain/-/11971628/21509832/-/insenv/-/index.html?absolute=true

According to the National Fire Protection Association Cigarette fires cause close to 1,000 deaths and 3,000 injuries each year in the US. Fires started by cigarettes account for over 20% of all fire deaths, cigarettes are the nations largest single cause of such deaths. Half a billion dollars worth of property is also lost to these types of fires. Approximately $4 billion dollars accounts for the economic costs in health care and productivity losses, and the human costs of pain and suffering. This information was reported in 2000 by a student named Max Tawadrous. I’m almost certain that these totals have risen significantly through the years. I would like to hear of one good thing that cigarettes truly offer any one person and doesn’t hurt another at the same time.