7. Carpenters Close To You

As the clock strikes midnight around the world, people celebrate the beginning of the new year 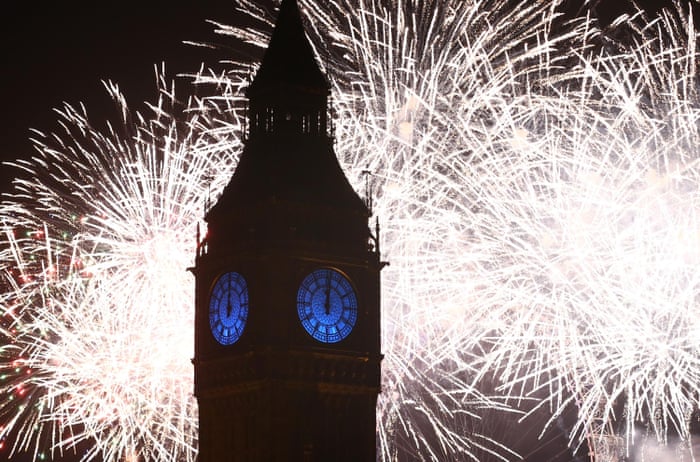 A Year In Review©

I was bluer than blue and thinking about you

This year has brought me plenty

Much I’ve had to work for

Some that just lay down in my lap

All so I could be here a year later

You didn’t extend your hand

You had no time

I worked day and night

Have all brought me to this

A year of celebration

Earned all on my own

I sit at my table

I pop the cork

Though I sit here alone

I own my reward

No one can take it

No one can claim it

I am the guest of honor

In this hour-long celebration

I choose my attendants carefully

I hope the year ahead brings more passengers

This ride alone is not to be desired

I long for the warmth of a large celebration

And for the warmth of a close friendship

That bares witness to all that I am

It asks no questions

And stands patiently by

As you gather your thoughts

And pull yourself together

Your new persona has arrived

And sits patiently aside

It opens the door to your new

Now it’s all on you

So show everyone all that you can do

A Year In Review©

Will They Respect Me?©

I have a hunger for respect of those

Both beside me and behind me

As they try to climb above me

I’ve worked so hard for so long

To come out from this hold

I’ve given everything I have to give

And even all my loyalty

Nothings proven to be more important as the

While my family and friends

Bide for some of my love and affection

I beg for their forgiveness and tell them that

Time has not been on my side

I remind them that they’ve always said that

Patience is a virtue

Thou I know that

This is not what they want to hear

Because they can’t seem to

Nor do they want to

Practice as they preach

I tell them though of how things will come to be

Once my work is done

And that they along with the others

Will have nothing but

As I find my rightful place at the head

Of this big great game

So while we wait

I hope that they will ALL have the strength to

For time is all I need as

Long as they’re beside me

Will They Respect Me?©

There is no Rose with its petals soft and bright

Nor a jewel with its glistening glow

That could make me as blissfully happy

As the company that I keep

They make me smile cheek to cheek

I can sincerely laugh at their jokes

We can talk about anything or everything for hours

The sun is often absent

But we would never notice

The rain may soak our clothes

The wind may pound against our face

But this changes absolutely nothing

For our happiness is found between the feelings that we share

And they are pure

But most of all they are honest

I cry when they leave

But I must say that I remain blissfully happy

Till such time we meet again

Cities around the world welcome 2014 with fireworks.

A massive, exuberant crowd of revelers from all over the world packed New York City streets to watch the crystal-covered ball in Times Square descend in a celebration of 2014’s arrival, capping off a global wave of festivities that also included a record-breaking fireworks display in Dubai and edibles falling from the sky in London.

When the 12-foot-wide ball dropped in Manhattan, the crowd erupted in cheers and shouts of “Happy New Year!” Some in the crowd had been staked out in the frigid cold since early morning.

“This is the best New Year’s Eve of my life,” said Marcus Ix, 34, after confetti started raining down. “It was worth the 13-hour wait in the cold.”

The New Year celebrations begin first on the other side of the world with New Zealand and Australia followed by China welcoming in 2014 with their own spectacular firework displays. ITN’s Neil Connery reports. Click here to watch “New Year’s Celebrations Around the World“.

“TV doesn’t do this justice,” said Kerrie McConaghy, 20, a tourist from Ireland. “You have to be here to believe it.”

Beforehand, pop artists such as Miley Cyrus, Macklemore & Ryan Lewis and Blondie revved up up the crowd with chart-topping fan favorites.

More than a million revelers were herded into pens in 28 degree cold to catch a glimpse of the crystal-covered orb and possibly just to claim they did it that one time.

“Once in a lifetime for me, for sure. I mean, if I even survive. I can’t wait to get out of here,” said Jerry Bender, who came from California with his granddaughter.

Still, some stood in Times Square for the sake of tradition. “Every time I say it’s the last. But then I come back,” said Yasmina Merrir of Washington, D.C., who was attending her fourth Times Square ball drop.

A regular at the ceremonial New Year’s bash, outgoing Mayor Michael Bloomberg, said he would not be attending the event for the first time in a decade and would instead spend the evening with friends and family.

“Thank you, New Yorkers, for the honor and privilege of serving you these past 12 years,” Bloomberg said in a tweet before 2013 — and his time in office — came to a close.

His successor, Mayor-elect Bill de Blasio, rang the new year by being sworn into office outside his home at 12:01 a.m. Wednesday.

Kicking off 2014 in style, the United Arab Emirates’ city-state of Dubai attempts for the largest-ever fireworks display by shooting off 500,000 fireworks in five minutes.

By the time Wednesday morning arrives in New York, many around the world will have already welcomed 2014, and their celebrations will become memories — even the one that handily broke a world record.

Dubai, the Persian Gulf city-state known for glitz, glamour and over-the-top achievements — like the world’s tallest skyscraper — accomplished another record by creating the largest fireworks show ever for its celebration of 2014.

“Dubai saw in 2014 in unforgettable style last night, with a successful attempt at the world record for the largest ever fireworks display,” Guinness World Records announced in a statement.

The dazzling 30-minute show, designed by U.S. firm Grucci, was capped off with six minutes of fireworks that engulfed the city’s manmade, palm-shaped island, with its fronds and trunk shimmering in thousands of lights.

Organizers beat a record set in 2012 in Kuwait that included more than 77,000 fireworks. Dubai set off enough fireworks within the first minute of its show to squash Kuwait’s benchmark, Guinness World Records said.

In total, the extravaganza was slated to include half a million fireworks from 400 firing locations synchronized by 100 computers, said Barrett Wissman, co-chairman of IMG Artists, which was managing the event. The company also organized the grand fireworks for the Atlantis hotel opening on Dubai’s Palm Island in 2008.

A massive fireworks display in Sydney Harbor rings in the new year Down Under.

Fireworks were also heavily featured in celebrations in Sydney, Australia — where a massive fireworks display lit up the sky around the city’s famed Harbor Bridge and Opera House — and in Hong Kong.

While London couldn’t boast the world’s largest fireworks display, organizers arranged for edible banana-flavored confetti and strawberry mist to fall from the sky as their fireworks show illuminated the River Thames.

On Kiev’s main square, at least 100,000 Ukrainians sang their national anthem in a sign of support for integration with Europe. The square has been the scene of massive pro-European protests for more than a month, triggered by President Viktor Yanukovych’s decision to ditch a key deal with the European Union.

At the Vatican, Pope Francis used his year-end prayer service of thanksgiving to urge people to ask themselves: Did they spend 2013 to further their own interests or to help others?

In Japan, thousands of locals and visitors, prayed, rang bells and tossed coins as offerings wishing for health, wealth and happiness for the traditional ceremony. Temple bells were to ring the customary 108 times, for the 108 causes of suffering according to Buddhism, and welcome in the Year of the Horse.

More than 260 people were injured by festive firecracker blasts and gunfire in the Philippines, celebrating the end of a year that brought a devastating storm and a subsequent typhoon that killed thousands and left more missing.

When 2014 began in Colorado, some celebrated more than the New Year. A new law went into effect in the state at midnight that makes it legal for residents to buy an ounce of marijuana at a time.

In San Francisco, one of the last places in the world to see the clock strike midnight, about 200,000 people were expected to gather on the waterfront for a fireworks display illuminating the city’s world-famous Golden Gate Bridge.

Simultaneously, the 335,000 who flocked to Las Vegas would celebrate by flooding out of casinos and clubs into the 4-mile Las Vegas Strip —which had been blocked off to traffic since 6 p.m. — to watch an eight-minute fireworks display illuminate Sin City even more than usual.

The Associated Press and Reuters contributed to this report.

Kiwis ring in 2014 with fireworks in the country’s largest city, Auckland.