Celtics Headed to Round 2!

The Celtics won Game 7 of their Eastern Conference first-round series, 112-96

Celtics select 6th and 17th in first round

The Celtics led from start to finish against the Cavaliers and cruised to a 103-86 blowout win Friday night in Boston. The C’s shot 50 percent from the field in a game that saw all of Boston’s starters score in double-figures.

2) Patriots make a series of transactions

(Pronounced – SIL-ver SEE-ling-gah) to the 53-man roster from the practice squad and signed TE D.J. Williams

to the practice squad.

Siliga, 23, was signed by the Patriots to the practice squad on Oct. 23, 2013. He has spent time with San Francisco, Denver and Seattle since joining the NFL as a rookie free agent with the 49ers in 2011 out of Utah. The 6-foot-2, 325-pounder, was released by the 49ers at the end of his first training camp and was then signed to the Denver practice squad. He began the 2012 season on the Denver practice squad before being signed to the 53-man roster in September. He played in one game for Denver in 2012. Siliga was traded by Denver to Seattle in training camp this past summer and spent part of the year on the Seahawks practice squad before being released on Oct. 4.

Williams, 25, played in seven games with one start for Jacksonville this season before being released by the Jaguars on Nov. 4. The 6-foot-2, 245-pounder originally entered the NFL as a fifth-round draft pick (101st overall) by Green Bay out of Arkansas in 2011. Williams was waived by Green Bay on Aug. 31, 2013, and claimed off waivers and awarded to Jacksonville on Sept. 1, 2013. He has played in 33 NFL games with three starts and has nine receptions for 70 yards.

Ford, 23, was originally signed by the New York Jets as a rookie free agent out of Eastern Kentucky on Aug. 13, 2013, and was released on Aug. 26, 2013. The 6-foot-6, 305-pounder, was a three-year starter at Eastern Kentucky, serving as both a guard and tackle during his collegiate career. He spent the majority of his final two seasons at left tackle. 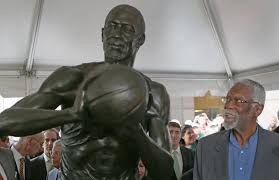 I think I saw this one coming! Charges Against Celtics’ Jared Sullinger Dismissed