Say Goodbye To Another TV Series!

Due to Ankle Injury

Under the Dome Canceled By CBS: Find Out When the Series Finale Will Air

Sometimes, sadness becomes so overwhelming that some can’t see tomorrow.

Sometimes, all one needs to open their eyes is a hug from someone they love.

Give yourself the power to be that someone.

If you are in need of the hug, receive it with open arms.

OPINION: In Defense of Hulk Hogan

I’ve had many an idol in my lifetime. There have been a number of reasons that have caused me to change my feelings towards those very idols.  When I first heard about what happened with Hulk Hogan (aka Terry Bollea), I was angry and decided I no longer liked or admired him. I’ve since had time to come to terms with my feelings and reflect upon my own slips of the tongue.

Hulk Hogan mentioned in his interview with Good Morning America that as a child growing up in his neighborhood, the “n” word was used all the time but not in a necessarily derogatory way. But Hulk Hogan knew as soon as the word slipped through his lips in the moment during the disagreement with his daughter and her then boyfriend, that it wasn’t what he wanted to say and certainly not in the company that he was with. He didn’t mean it as it would appear and certainly had no idea that he was being recorded. I get it. He made a mistake. I’m sure each and every one of us has had a slip of the tongue and wished that we never had. Most of us are fortunate not to have cameras at the ready to catch any mistakes that we might make to thrust out into the open and cause a hysterical media frenzy. Unfortunately for Hulk Hogan and many others like him, it’s a constant worry and part of being a celebrity. Your life is never your own and you always have to worry about what you say and to whom.

If we see that a person is regretful in their actions and not because of what they stand to lose for them, but because they are truly personally hurting from them, then we know that they deserve forgiveness. I believe that Hulk Hogan is one of these such people. Stripping him of his affiliations may have been harsh, but understandable.

When there is a clear remorseful act committed, or when you clearly see that someone only apologizes once they realize what will then be lost to them, that’s when affiliations should be stripped. It’s about the message that’s being sent. Through time, children as well as adults have learned by what they see and hear. Behavior becomes acceptable when no one corrects it.  Once it becomes acceptable, it becomes the norm, thereby making it harder to change. There are obviously some behaviors we should not encourage, and racism is one of them and being unforgiving is another. Compassion and understanding are key to living a peaceful coexistence with one another.

‘Please forgive me … people get better’

Book Summary Note from Felina Silver Robinson: Author Lemony Snicket spins the tale of the most unfortunate trail of events for Violet, Klaus, and Sunny Baudelaire. It’s unimaginable that so much could happen to two people. But yet, it does indeed happen. The worst being having their parents die in a fire. There’s nothing worse than that. This poor unfortunate children get bounced about from one set of bad, corrupt, criminal fathers to another. But all’s well that ends well. This is truly one of those books that you will love to hate. 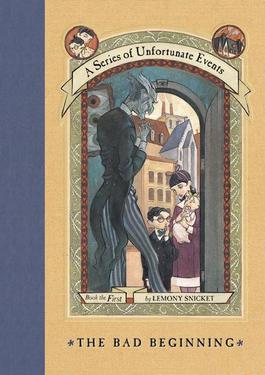 To Buy The Book, Click on one of the following links