4) Brash C.E.O. Keeps the Giants of Mobile Off Balance

John J. Legere, chief executive of T-Mobile, wears T-shirts and motorcycle jackets instead of suits and has overseen a revival of his company that has taken the industry by surprise.

5) When Algorithms Grow Accustomed to Your Face

3) Owen Paterson, his skeptic brother-in-law, and how Defra went cold on climate change

4) Arctic Shipping Soars, Led by Russia and Lured by Energy 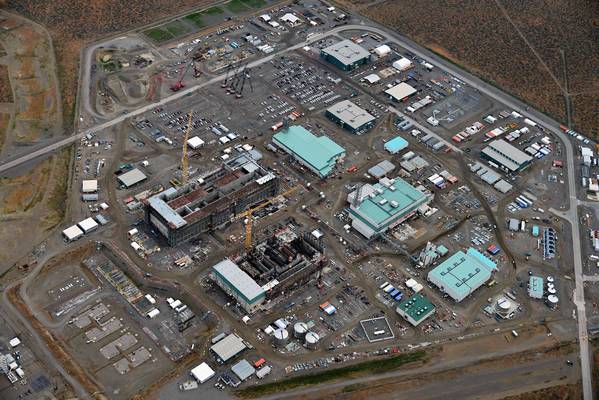 2) Do violent video games have an upside for kids?

What are the signs of MS?

Multiple sclerosis (MS) is a disease in which the immune system attacks the protective coating of nerves, resulting in nerve damage. It’s most commonly diagnosed at ages 20 to 40, but can emerge in teens or older adults as well.

3) Tears for Fears– Everybody Wants to Rule the World

Native American Honoree of the Day

Laura Adams Weaver is an instructor in the English Department and the Institute of Native American Studies. She is a member of the steering committee and serves as the webmaster for the INAS website. She earned a B.A. and an M.A. in English from California State University, Stanislaus, and a Ph.D. (ABD) from English from the University of California, Santa Barbara. She specializes in Native American and African American literatures and Narrative Theory. Her work currently focuses on the narrative strategies through which American Indian writers resist the myth of the “vanishing” Indian and reassert a contemporaneous and continuing indigenous presence in the story of American identity.

Her most recent work is Red Clay, 1835: Cherokee Removal and the Meaning of Sovereignty (with Jace Weaver, forthcoming in the Reacting to the Past series). Previous works include “Indigenous Migrations, Pilgrimage Trails, and Sacred Geography,” written with Jace Weaver, in Cave, City and Eagle’s Nest (University of New Mexico Press, 2007) and “Native American Creation Stories” in Encyclopedia of Women and Religion, edited by Rosemary Skinner Keller and Rosemary Radford Reuther (Indiana University Press, 2006), which won the 2006 Waldo G. Leland Prize for best reference tool in the field of history.

The grim legacy of America’s treatment of its native peoples is explored in detail in this documentary. Filmmakers Robin Davey and Yellow Thunder Woman take the perspective that if one is to define “genocide” as the a deliberate effort by a government to exterminate a people, then the United States is clearly guilty of the crime given their actions against America’s indigenous population over the past 300 years. Davey and Thunder Woman back up their argument with footage detailing the economic marginalization of American Indians, the consistent violation of legal agreements reached with native tribes, the mismanagement and consistent neglect of Indian reservations, the brutalization of Native Americans as they were segregated onto flinty soil and forced to live under substandard conditions, and the refusal of the mass media to report stories of suicide and Columbine-style school shootings among reservation youth. The Canary Effect was screened in competition at the 2006 Tribeca Film Festival.

Child is expected to be OK

MANCHESTER, N.H. —Police in Manchester report a 5-year-old accidentally shot himself with a handgun belonging to the boyfriend of the child’s mother.

Police and medical personnel were called to the home in the 400 block of Spruce Street in Manchester around 2:30 a.m. Saturday.

The child’s mother and her boyfriend, 28-year-old Sonday Bishop, told police the child was unknowingly playing with a handgun belonging to Bishop.

The child was transported to the Elliot Hospital where he was treated for what Manchester police called non-life-threatening injuries.

The child was being held for further medical observations.

Police said the incident was under investigation and no charges were immediately announced.

From the album: Timeline Photos
By CBS News
An incredible time-lapse video mixed with motion graphics displays the sky in a whole new light to start your weekend.

A car crash on Route 128 north of Route 38 injuring three people has impacted traffic traveling northbound on the highway.

According to the Massachusetts State Police, the accident forced the closure of a portion of the highway at 12:14 p.m. to allow for a Med Flight to transport a female victim with leg injuries.

Two other patients were transported to a nearby hospital with minor injuries.

By 12:25 p.m., the Med Flight had taken off and Route 128 South along with the two left lanes heading north were open.

BRIMFIELD — Kirsten Weldon, the town’s elected treasurer who abruptly resigned in April while an audit of town accounts was underway, was criminally charged on Friday with embezzling more than $80,000.

Weldon, 43, of 48 East Hill Road, who served as Brimfield treasurer from 2003 until her resignation, denied the charges at her arraignment in Palmer District Court before Judge Michael Mulcahy. She’s charged with larceny over $250, larceny over $250 by single scheme and embezzlement by a municipal/county officer.

Weldon, who earned an annual salary of $38,000, allegedly stole $80,868 in town money from 2006 until earlier this year, according to state and local police and the Hampden district attorney.

She attended the arraignment hearing with her parents. They did not comment. Weldon was released on personal recognizance, and the case was continued to Feb. 4.

In a statement issued on Tuesday, selectmen said, “we want the public to know that the board has already acted upon the information revealed to it through the investigation process, in order to create additional safeguards against misallocation or misappropriation of town funds.”

Selectmen say the town’s treasurer now must perform all officials duties at the municipal office building, and that doing the work at home would no longer be tolerated.

Following Weldon’s April 3 resignation, selectmen appointed resident Andrea Beaudry to serve as the treasurer until June 2015 when Weldon’s term was to expire.

In an interview, Kuss said theaudit, conducted by Thomas Scanlon, found “a ton of bad bookkeeping” in the treasurer’s office – “on top of the other mess” involving the alleged stolen money.

“My first call was to the district attorney’s office in Springfield to provide guidance” when it became apparent crimes may have been committed, Kuss said. He said reaction in town has ranged from “shock and awe” to thoughts that officials “should have known better.”

“Questions about public trust are very upsetting to all the parties involved – it casts a shadow on public employees. … Should we feel the wrath? It comes with the territory,” Kuss said.